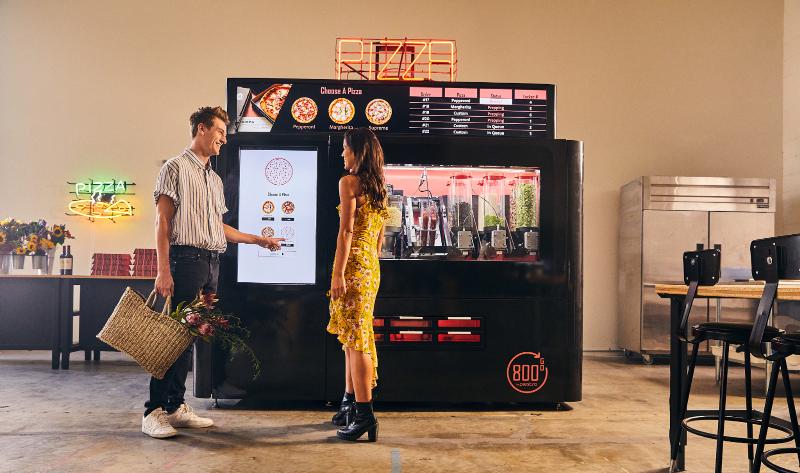 800 Degrees Woodfired Kitchen is launching a new concept, 800 Go, that will feature a network of thousands of automated pizza vending machines, small-format restaurants and ghost kitchens.

800 Go is a joint partnership between the 15-unit chain and robotics company Piestro, which makes the vending machines.

The companies in August announced plans to open up to 3,600 800 Degrees pizza vending machines over the next five years. Those machines will be branded as 800 Go by Piestro and located in high-traffic locations like airports and hospitals. Nearby brick-and-mortar Go stores will double as replenishment centers for the bots. 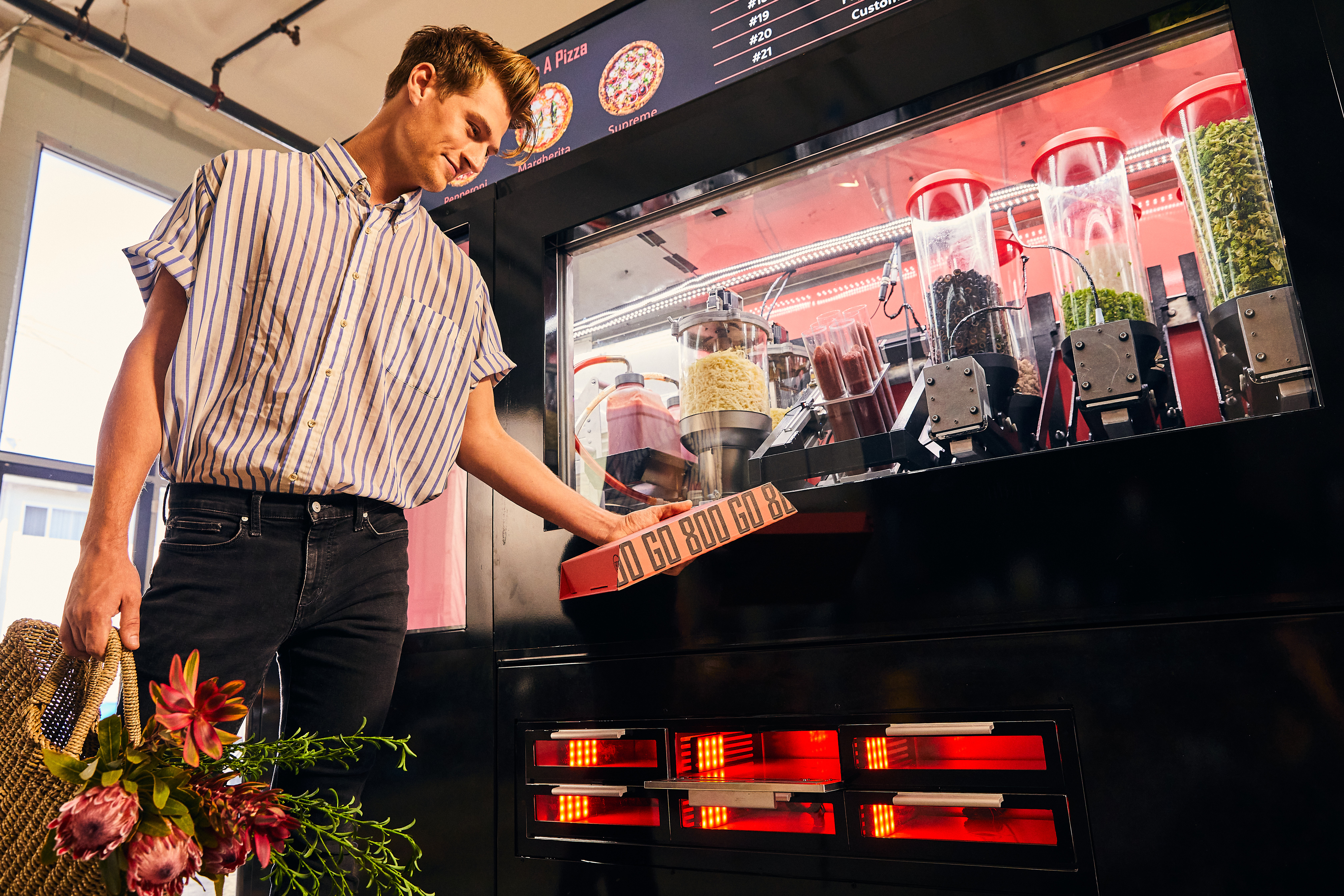 800 Degrees believes the two-pronged approach will help it scale more quickly and profitably. The company expects the profit margin of one restaurant working in tandem with five robots to be 45% compared to 22% for a traditional pizzeria, primarily due to lower labor costs.

All of the 800 Go outlets will serve a new pizza recipe with a thinner crust, different from the wood-fired pies served in 800 Degrees' traditional Woodfired Kitchen restaurants. 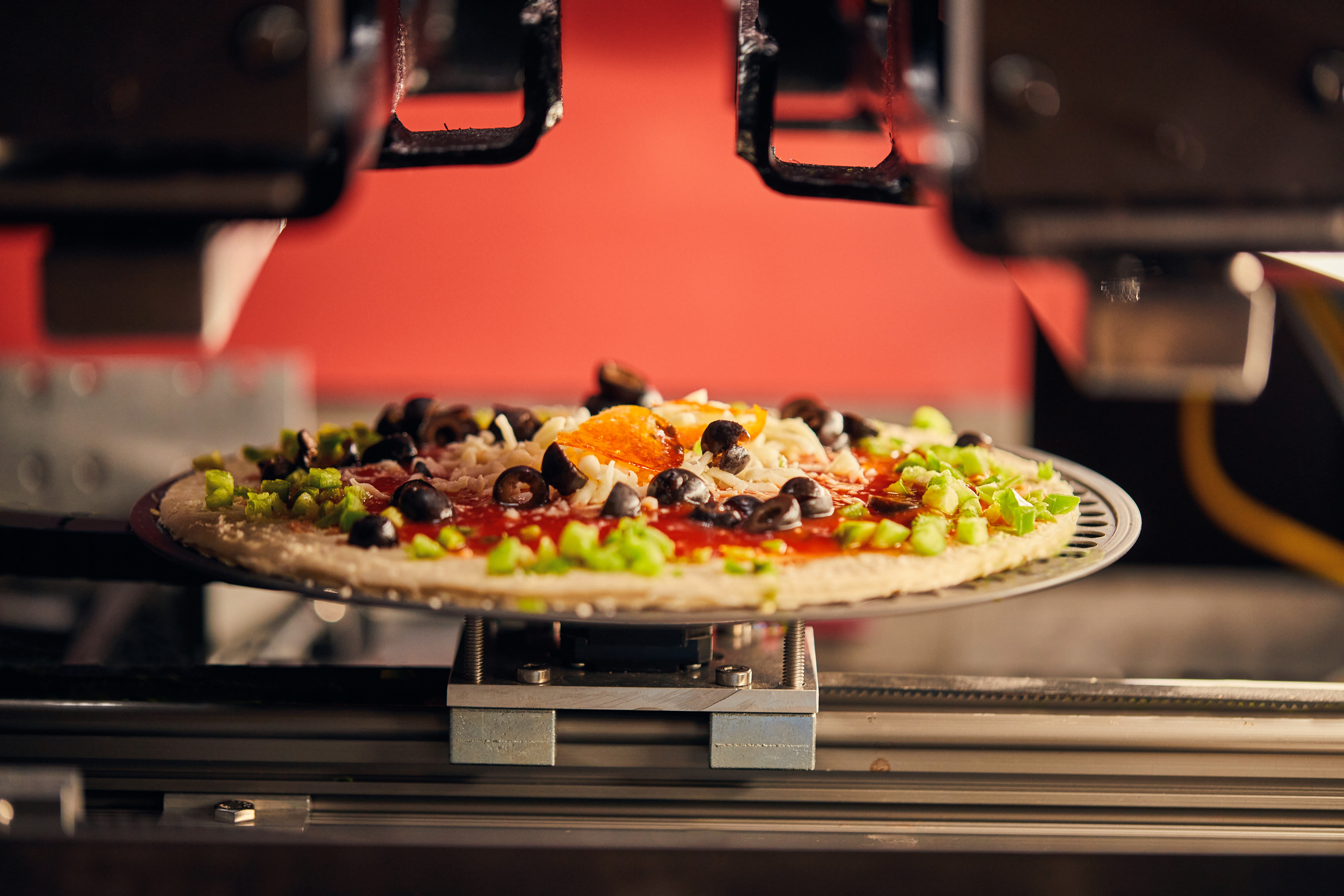 Piestro's 40-square-foot machines can make a pizza in three minutes and can hold enough ingredients for 80 pizzas. Customers place their order on a touchscreen and watch through a window as their pie is made.

The 800 Go robots won't be out in public until next spring at the earliest, CEO Tommy Lee told Restaurant Business last month.

The companies have launched a fundraising campaign in conjunction with the news. 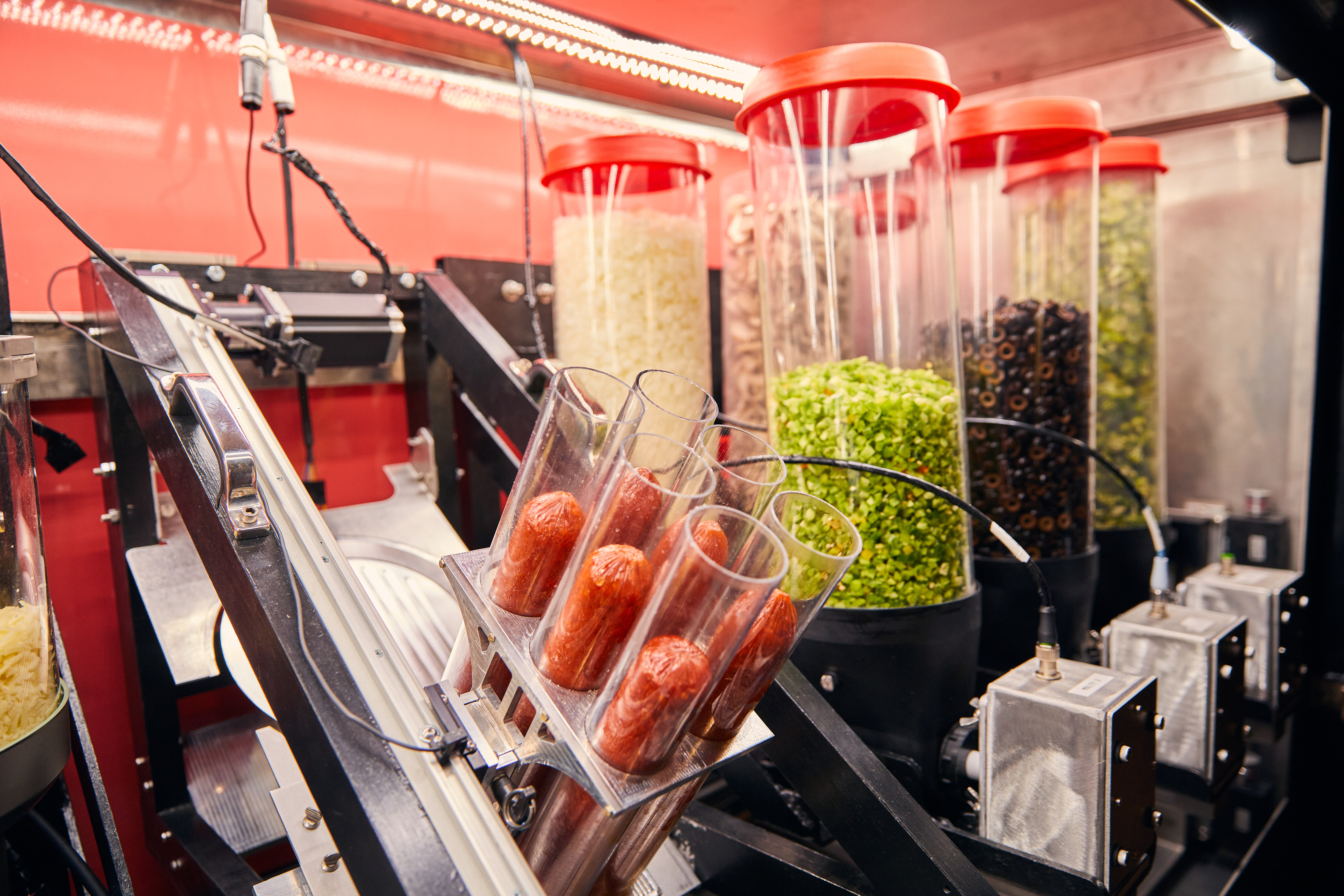 The 800 Go bots are stocked with fresh ingredients. / Photograph courtesy of 800 Go