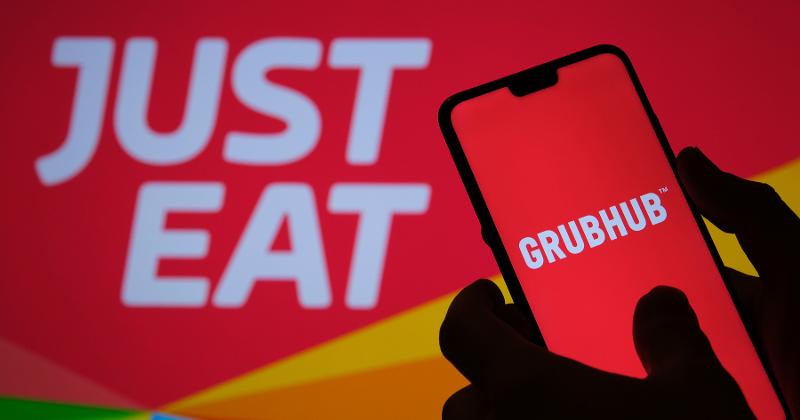 An activist investor is urging Just Eat Takeaway.com to sell or spin off Grubhub by year's end, arguing that the recently acquired company is hurting JET's value.

Cat Rock Capital, which owns 6.5% of JET's outstanding shares, made its case Monday in a letter to the company's board. It said that JET's stock had been outperforming the market until the company announced plans to buy Grubhub in June 2020. Since then, it has underperformed the MSCI World Index by 69%.

The investor added that the negative value being attributed to Grubhub is unwarranted, highlighting its $10 billion in annual gross merchandise value and strong logistics network. But it said JET should sell the delivery provider to an online grocery business like Amazon, Walmart or Instacart to create a combined service that could compete with Uber Eats and DoorDash.

"If JET management fails to pull this lever by 31 December 2021, it will be clear to us and other shareholders that JET management cannot move quickly and decisively enough to compete in a fast-paced sector such as online food delivery," Cat Rock founder and Managing Partner Alex Captain wrote in the letter.

In a statement on its website Monday, JET said it agreed with Cat Rock that Grubhub has "significant strategic value." But it said the company remains part of its plans to continue consolidating the last-mile delivery market in the U.S.

"The Just Eat Takeaway.com management team expects to be involved in this consolidation when it comes and intends to do so from a position of strength that reflects the strategic value of Grubhub," the company said.

JET also reiterated its strategy to double down on Grubhub strongholds like New York, a strategy that has been hampered thus far by the city's aggressive delivery fee caps and the slow return of downtown workers.

"That is not helping Grubhub forward in the U.S.," JET CEO Jitse Groen told analysts on Oct. 13, according to a transcript on financial services site Sentie0. "We assume, of course, that this will change."

Grubhub's growth slowed in the third quarter compared to Just Eat's other markets. Gross transaction volume grew by 3% on a constant currency basis compared to the year-ago quarter, to $2.1 billion from $2 billion.