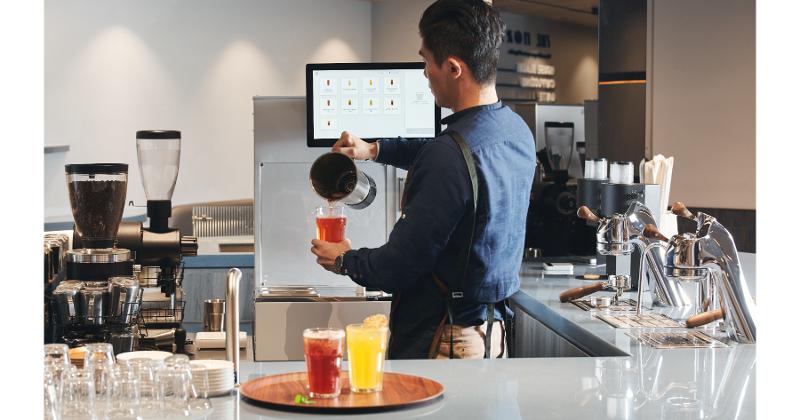 Botrista, a startup that makes a drink-mixing robot, has raised $10 million to take its technology nationwide.

The Series A funding round was led by Pure Stone Capital and La Kaffa International, with contributions from Sony Innovation Fund and foodservice equipment giant Middleby.

Botrista's DrinkBot automates the job of making craft beverages such as infused teas, flavored lemonades and iced coffees. An employee starts the process by pressing a button on the machine's touchscreen, and the drink is dispensed in less than 20 seconds.

The idea is to allow restaurants to offer high-end drinks without a full bar or the labor needed to execute those items, while also generating incremental revenue.

"While craft beverages are trending, it has become increasingly challenging for foodservice companies to meet demand due to labor shortages and lower staff retention," said Botrista CEO Sean Hsu in a statement. "With nationwide expansion plans, these companies will have the opportunity to drive new revenue with the DrinkBot."

Botrista said its year-over-year deployments and revenue have increased 10x, and that the new funding will help it accelerate adoption even further.

The pandemic heated up the market for kitchen automation like Botrista and Miso Robotics' Flippy, and the ensuing labor crisis has created yet another use case for robots. Pizza robot maker Picnic last month raised $16.3 million of its own, crediting restaurants' hiring woes for a "spike in interest." But the industry could still be a long way off from widespread automation, as cost, training and implementation remain barriers.