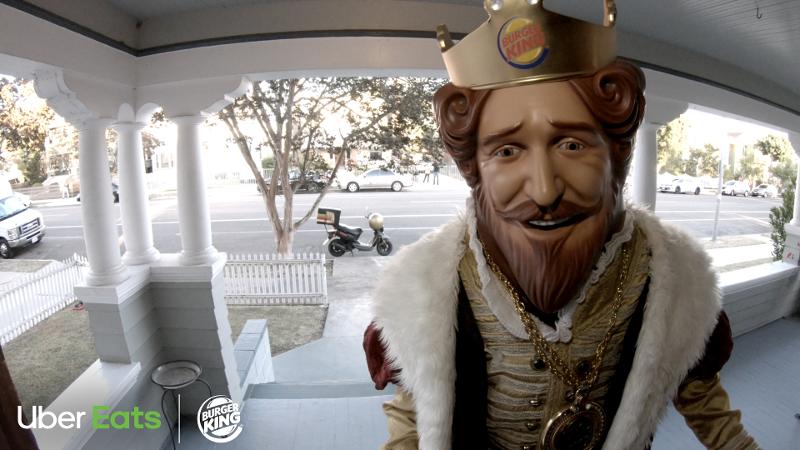 Burger King said Tuesday that Uber Eats customers can now get their Whoppers delivered as the company expands its service capabilities to multiple providers.

The Miami-based chain, which previously had delivery through DoorDash, is now on the Uber Eats platform.

“We know our guests value convenience,” Burger King North America President Chris Finazzo said. “Adding the Burger King brand to Uber Eats is another way we will meet the demands of millions of people on this platform.”

More restaurant chains have started using multiple providers, sensing that customers are loyal to one or the other of the larger delivery companies. As such, chains such as McDonald’s and Burger King have been inking deals with multiple providers after initially giving exclusive contracts to a single service.

Wendy’s last week said that it plans to expand its own delivery partnerships after initially working exclusively with DoorDash.

“DoorDash has been an amazing partner for us, and they will continue to be moving forward, but what’s convenient today is appearing for those customers in DoorDash,” said Laura Titus, chief digital experience officer for Wendy’s, according to a transcript of the company’s Investor Day presentation on financial services site Sentieo. “What’s not convenient is not showing up for the hundreds of thousands per month [who are] searching for Wendy’s in other delivery apps.”

Restaurant chains and delivery providers will frequently use their combined marketing strength to let customers know about such arrangements. And Burger King and Uber Eats are doing just that: Uber Eats is offering free delivery on orders of $15 or more from Burger King.

Burger King also released a video of The King himself visiting houses in Los Angeles. The company used doorbell camera footage for the video.