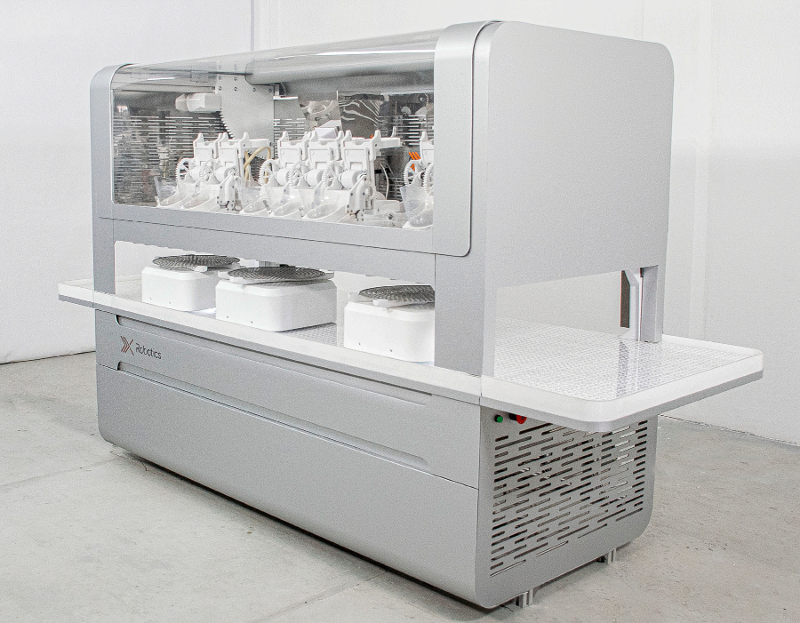 Restaurant-goers may not exactly welcome their robot overlords, but they’re starting to accept the idea.

That’s according to a new study from researchers at Ball State University and the University of Nevada Las Vegas, which found that while consumers have mixed feelings about robots in restaurants, they believe continued automation in the quick-service space is inevitable.

“It’s coming whether we like it or not,” was the general sentiment, said Dina Marie Zemke, associate professor of residential property management at Ball State in Muncie, Ind. Zemke was the lead author of the study, entitled “How to Build a Better Robot for Quick-Service Restaurants,” published in August in the Journal of Hospitality & Tourism Research.

Zemke and her fellow researchers held focus groups with 30 fast-food consumers to get their thoughts on robots in restaurants. While participants felt robots could have both positive and negative impacts, the overriding sentiment was neutrality.

That feeling was registered across the board, regardless of age group, she said.

Robots and automation have been gradually catching on in restaurants, albeit in fits and starts. In July, White Castle announced plans to test kitchen robot Flippy, becoming the largest chain to implement the robot, while earlier this year, Silicon Valley darling Zume shut down its robot pizza-making business entirely after reportedly hemorrhaging money.

The recent study highlighted some of the pros and cons associated with bots. Many participants felt robots could make front-of-house transactions more efficient and accurate in a fast-food context, where people weren’t expecting a lot of service or human interaction. In the back of house, participants said robots could improve food consistency, quality control and cost control, Zemke said.

However, they drew a line when it came to robots in fine dining, where there were different expectations around food and service.

As for the negatives, participants were concerned about robots being tampered with by guests or potentially running into or injuring customers while going about their front-of-house duties. In the kitchen, there were concerns about the cleanliness and sanitation of a robot itself, as well as its ability to identify problems with the food. A robot, for example, “might not recognize cockroaches as a thing that should not belong in the food product,” Zemke said.

Adding another layer to the research was the fact that many of the participants were current or former restaurant workers. Those with that experience expressed concern about robots’ speed. One person who works in a pizza restaurant said she was able to assemble, edge and get a pizza in the oven in one-tenth of the time it would take a robot to do it, Zemke said.

“A human could not sustain this of course—a robot can keep going,” Zemke said. “But if you’re in a crunch time, you don’t want to rely on a slow robot to do something.”

They also worried about robots replacing human jobs in restaurants.

“Everyone was mournful, I would say, about that,” Zemke said. “What’s going to happen to all the people that rely on this for their job, life, family, and how will it impact young people not having access to that first job?”

Dodo Pizza, a two-unit pizza delivery chain, recently announced it would pilot a pizza-making robot in its Oxford, Miss., location. The robot made by xRobotics can do the work of five full-time employees and make up to 150 pizzas per hour, the company said, though staff would still be needed to roll dough and handle customer service.

But some restaurants using robots, such as White Castle, have said the bots are not a replacement for human labor. Jamie Richardson, White Castle’s vice president of government and shareholder relations, called Flippy an “empowering tool” that would give staff one less thing to worry about and allow them to work on other things.

“If they are used correctly, they’ll be used to help humans, not to replace humans. That message will be received much better,” Zemke said. But it’s restaurants’ responsibility to communicate that to guests and staff, she said.

Notably, the research was conducted prior to the coronavirus pandemic, which has led to increased interest in robots for their ability to reduce human interaction in restaurants. Zemke acknowledged they could be useful in that context, especially in ghost kitchens, where they could operate unbeknownst to the customer.

“Keeping the restaurant running in the time of COVID, where you can run a restaurant with one or two employees and a bunch of robots, I think that will become much more attractive going into the future,” she said.

The bottom line is that for robots to win over diners, the product itself will have to be good. Participants said the novelty factor might entice them to visit a restaurant with a robot on staff, but if the food or service was bad, they’d be unlikely to return.

“It had better enhance the product that the guest was receiving,” Zemke said.