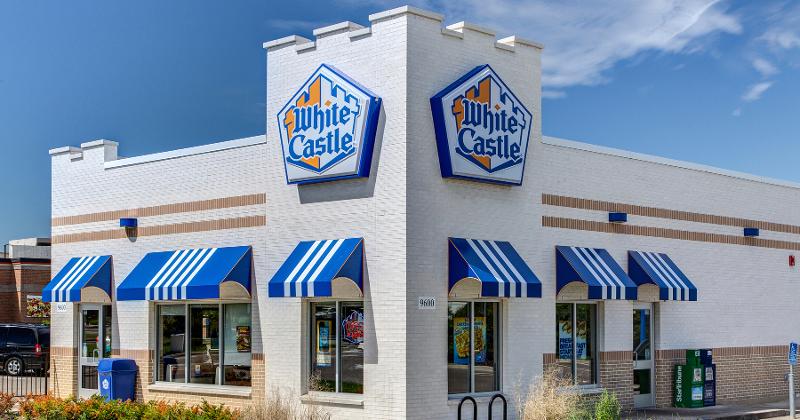 This fall, the oldest fast-food chain in the U.S. will become one of the first with a robot in its kitchen.

White Castle is partnering with Miso Robotics, the maker of grilling and frying robot Flippy, for a pilot that will put the latest version of the autonomous “kitchen assistant” on fryer duty at a unit in northern Indiana.

The robot is intended to help boost production speeds and food consistency while freeing up staff to focus on more customer-oriented tasks. It is part of the chain’s increased focus in recent years on developing the “kitchen of the future,” said Jamie Richardson, White Castle’s vice president of government and shareholder relations.

“This will give constancy of purpose and coverage 24 hours a day,” he said. “It’s going to really be something that’s novel and unique and goes to the heart of hot and tasty food that’s affordable.”

Flippy will also provide an added layer of safety in the age of social distancing, reducing human contact with food and requiring fewer people in the kitchen. But the plan predates the coronavirus pandemic, Richardson said. The partnership was hatched over a year ago and was unveiled at a company leadership conference in February.

“If anything, current times have given us more of a commitment to this,” he said.

And while the introduction of Flippy may mean fewer humans in the kitchen, it won’t change overall staffing levels in the restaurant, Richardson said.

“We don’t see this as a replacement for labor. We do see it as an empowering tool,” giving staff one less thing to worry about and allowing them to deal with the various “unknowns” that pop up in a restaurant throughout the day, he said. That could include greeting delivery drivers or ensuring order accuracy.

“We can have Flippy on the team completely, singularly dedicated to running the fryer,” he said.

Staff have been enthusiastic about the pilot, he added.

The Flippy that will be cooking up fries and onion rings at White Castle represents a new generation of the technology that’s optimized for fast-food kitchens, said Miso CEO Buck Jordan. Called Robot-on-a-Rail (ROAR), the robotic arm now moves along a horizontal overhead rail instead of on the floor, keeping it out of the way as it shuttles from station to station.

The previous version, which has a 28-by-28-inch footprint, was “fine for one-off areas, but you can’t do that in QSR because it’s a highly engineered space,” Jordan said. “Putting it on a rail gets it out of the aisle.”

Miso is also working on making its technology more affordable. By the middle of next year, the company plans to offer Flippy to restaurants for free, with monthly software and service fees of $1,500 to $2,000, Jordan said.

He would not disclose the financial details of Miso’s agreement with White Castle.

As far as expanding Flippy to more of White Castle’s 365 units, it will depend on geography, restaurant size and kitchen design, among other things, Richardson said. The chain will use the pilot to calculate the benefits and go from there.

The Columbus, Ohio-based brand has a history of innovation. It was one of the first chains to launch a plant-based burger, for instance, testing the Impossible Slider in April 2018 and later expanding it nationwide. With Flippy, the chain is again looking to put itself ahead of the curve.

“Flippy’s first day on the job is going to be like a lunar landing,” Richardson predicted—one small step for the restaurant, but one giant leap for the industry.