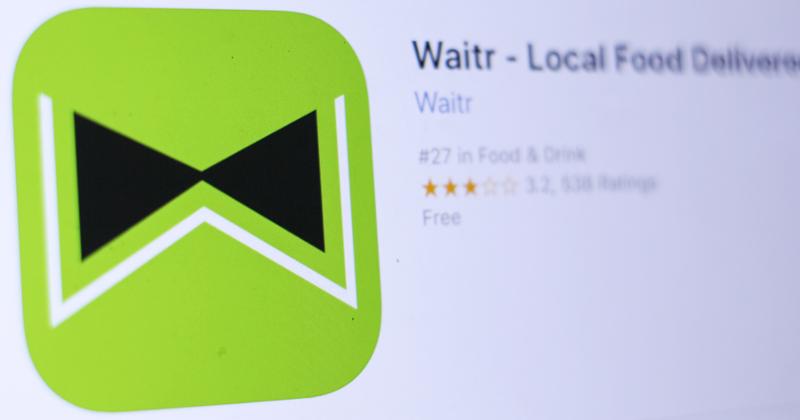 Waitr will handle the logistics and technology, while Flow will contribute its expertise in processing payments for high-risk merchants. Waitr could be the first food delivery company to get into the marijuana vertical.

While laws regulating marijuana are easing across the country, recreational pot delivery is currently legal in only six states, according to cannabis website Leafly. They are California, Oregon, Maine, Nevada, Massachusetts and Michigan. Medical marijuana delivery is legal in 12 states.

Waitr is concentrated in the South and Southeast, and none of the eight states it currently operates in allow marijuana delivery of any kind. In two of those states—Alabama and Tennessee—cannabis is still fully illegal.

Even in places where weed is legal, paying for it remains highly regulated. Dispensaries are prohibited from accepting credit cards, for instance. That’s where a company like Flow might come in. Based in California and Massachusetts, it works with companies to comply with regulations in their industries.

Waitr did not provide a timeline for launching the new marketplace, nor did it say where it would be offered. It had not responded to a request for comment as of publication time.

“This opportunity with Flow Payments is just another way we are pivoting the company into new verticals with specialized integrated payment and delivery solutions,” said Carl Grimstad, Waitr’s CEO and chairman, in a statement. “As the regulatory framework around the cannabis industry within the United States continues to evolve, we see this as a natural step in our own evolution and ability to continue bringing value to our shareholders.”

Waitr, the rare profitable food delivery company, has been busy lately, adding partnerships with a number of online ordering and integration providers. The publicly owned company is set to announce its fourth-quarter earnings on Monday.