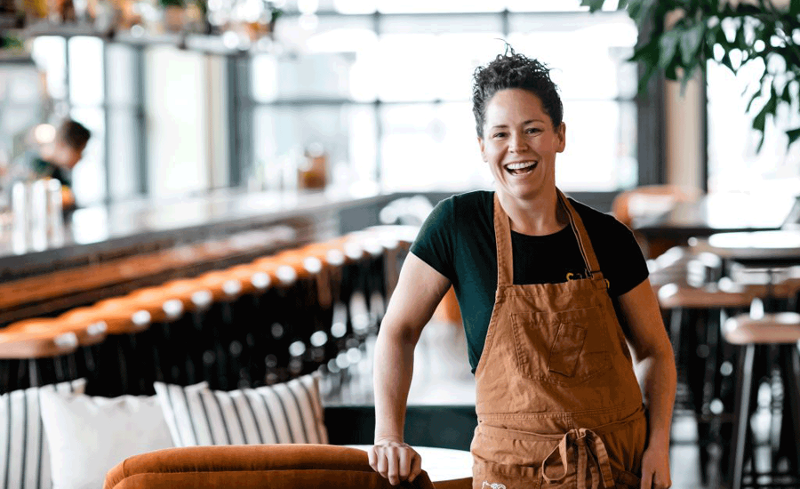 DoorDash has named chef Stephanie Izard to the newly created role of chief restaurant advisor that is meant to create another line of communication between the delivery company and small restaurants.

Izard, a James Beard Award-winning chef and owner of Girl & The Goat and three other restaurants in Chicago, will be a voice for restaurants within the company that, like other third-party delivery providers, has had an uneasy relationship with restaurants at times.

"This is an opportunity that I don’t take lightly, as I know that bringing the voice of the local restaurants to leadership is critical to enact meaningful change," Izard wrote in a press release. "DoorDash believes wholeheartedly that it needs to 'make room at the table' and 'think outside the room' each and every day, and the Chief Restaurant Advisor role is one of the ways this is being accomplished."

Izard will provide input in meetings with DoorDash leaders and will also host roundtables with independent restaurants and DoorDash representatives to foster conversation.

Restaurants have lashed out about the high commissions charged by delivery providers such as DoorDash. Other issues include data ownership and practices like the listing of restaurants without permission. The company said it is prepared for some of the negative feedback that will inevitably arise from this new channel.

"One of the reasons why we were excited about this position is to get that viewpoint," said Chief Revenue Officer Tom Pickett in an interview. "Stephanie will do some listening out there with us in the community, and she will do it on her own in other cases, and I think that’s really important, because we actually want that unfiltered view."

The role builds on some of DoorDash's other sources of restaurant feedback, such as merchant surveys and a 12-member restaurant advisory panel that meets every month and that Izard will join.

The company wanted to go even deeper by bringing in someone from the restaurant world who could be in strategy meetings and "get under the hood" with leaders, Pickett said.

DoorDash chose Izard for her passion for working with other restaurants as well as her connections and credibility in the industry, he said. She will hold the role for one year and will be compensated for her time.

Izard's restaurants began working with DoorDash during the pandemic, and the chef also sells a line of spices and sauces through the company's DashMart convenience stores. She said she's grateful for how DoorDash has helped her business expand its footprint.

She plans to spend the first few months in the new post having conversations with independent restaurants, "not only to hear about their needs looking ahead, but also to form impactful relationships to foster transparency," she said.

Once her year is up, a new advisor will rotate in.

"I think it’s good to have different voices come into the building over time, but we also want to give a good amount of runway for somebody to go through this process with us," Pickett said of the one-year term.