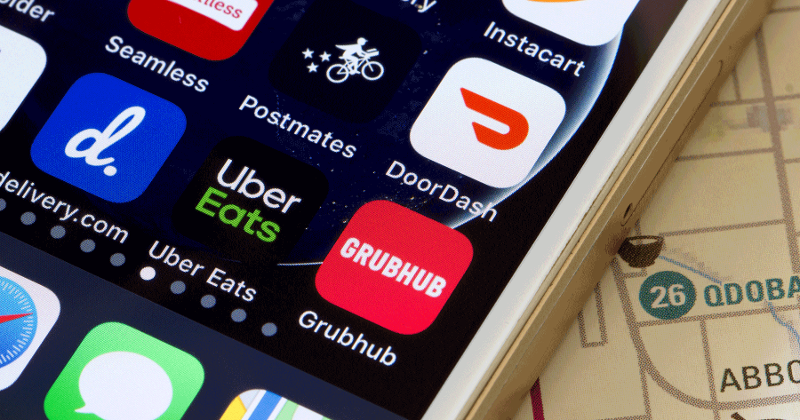 For the fourth straight year, a third-party delivery app topped the list of the most-downloaded food and drink apps in the U.S. But fast-food apps like McDonald’s and Chick-fil-A gained ground in 2020, and grocery delivery app Instacart appeared on the list for the first time.

That is according to the new “State of Food Delivery Apps 2021” report by Sensor Tower, a company that collects data about mobile apps. This year’s report reflects the massive adoption of food apps during the pandemic as more people began ordering through digital channels. Food and drink app downloads surpassed 400 million in 2020, an increase of 20% year over year, according to Sensor Tower.

DoorDash led the way, coming in at No. 1 among the most-downloaded food and drink apps for the second straight year, followed by Uber Eats. However, there was a notable reshuffling throughout the rest of the top 10. McDonald’s, Starbucks and Chick-fil-A all moved up at the expense of non-restaurant apps Grubhub, Yelp and Postmates. Instacart, which saw downloads increase 313% in the first three months of the pandemic, vaulted into the top 10 at No. 7. Burger King fell off the list.

While third-party apps continued to dominate in terms of total downloads, restaurants’ branded apps grew at a greater rate in 2020, according to Sensor Tower. Fast-food app downloads grew by 21%, to 83 million, while fast-casual app downloads grew 23%, to 39 million. Even casual-dining apps got a boost, with downloads growing by 47%, to 17 million. Delivery app downloads increased by a modest 3%, to 91 million.

There are a few reasons why restaurant-branded apps grew faster than delivery apps, said Stephanie Chan, mobile insights strategist with Sensor Tower. For one, more restaurants likely rolled out mobile apps in response to the pandemic. Secondly, many people already had apps like DoorDash or Uber Eats on their phones. That amounted to a longer runway for restaurant apps.

“Other subcategories had more opportunities to attract new users—particularly since we saw that consumers were flocking to familiar brands during the pandemic,” Chan wrote in an email.

That said, “both DoorDash and Instacart’s continued success suggest that consumers are still interested in apps that can serve multiple needs, delivering food from restaurants as well as groceries,” Chan wrote in the report.