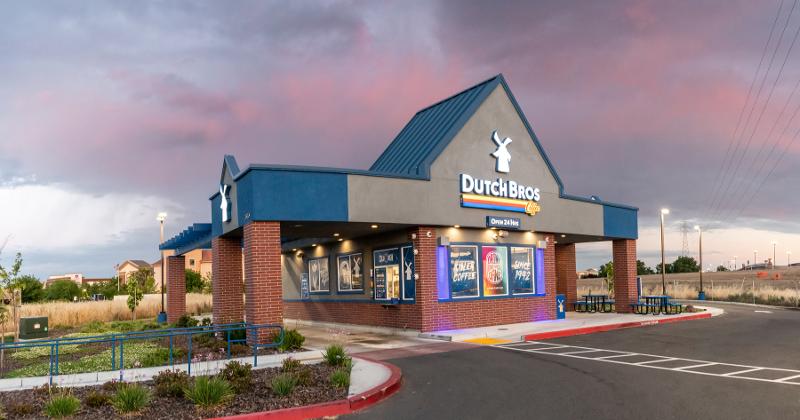 Dutch Bros Coffee got a quick introduction to the speed of the digital universe late last month.

The Grants Pass, Ore.-based drive-thru coffee chain last month introduced its app, which features both mobile ordering and customer loyalty, in what President Joth Ricci described as an “internal launch.”

It quickly took off, both among internal employees as well as customers who call themselves the “Dutch mafia.” By Feb. 1 it was one of the two most downloaded food-and-drink apps on iOS—right up there with such giants as DoorDash and McDonald’s, and notably ahead of Starbucks.

While it has fallen in popularity since, the early downloads gave the company confidence in its move into the digital age. “We haven’t even publicly launched it yet,” Ricci said last week on an episode of the Restaurant Business podcast “A Deeper Dive.” We did something right related to that program and the reception of it has been fantastic.”

The company has done fine without it. The chain has quietly been among the country’s fastest-growing concepts in the U.S. for years, according to Restaurant Business sister company Technomic, though that growth has increased more recently. System sales grew 15% in 2019.

Dutch Bros had still been using paper loyalty cards that customers had punched anytime they went through one of the 400-unit chain’s drive-thrus as the pandemic hit. But much like many other restaurant companies, Dutch used the past several months to shift its business into the digital age.

Ricci said the company eliminated its hand-stamped cards in the spring to simplify transactions. Dutch Bros hopes that its new app will do the same. “Some of the key is our interaction with customers,” Ricci said. “If we can simplify the interaction and make it even easier for our bro-istas and customers to connect then we’ve done a pretty good job.” Dutch Bros calls its coffee shop employees “bro-istas.”

“We’re pretty excited about the potential of that program,” he added.

But Ricci is also not shy about his views on the potential of Dutch Bros, period, when it comes to its digital presence. The company is competing in a coffee business that is increasingly defined by digital customer interaction, where Starbucks has set the pace of app and loyalty usage while other chains such as Dunkin’ rapidly gain ground.

Ricci believes Dutch can be right up there, and he believes the early reaction to the chain’s app is proof. “One of my goals for the company, I thought it had the potential to be the most dynamic digital business in the industry,” he said. “I know that’s a big ask when you think about the people we’re up against. But I really felt like our audience, the way we communicate and what we were about, I felt like we had a big opportunity.”