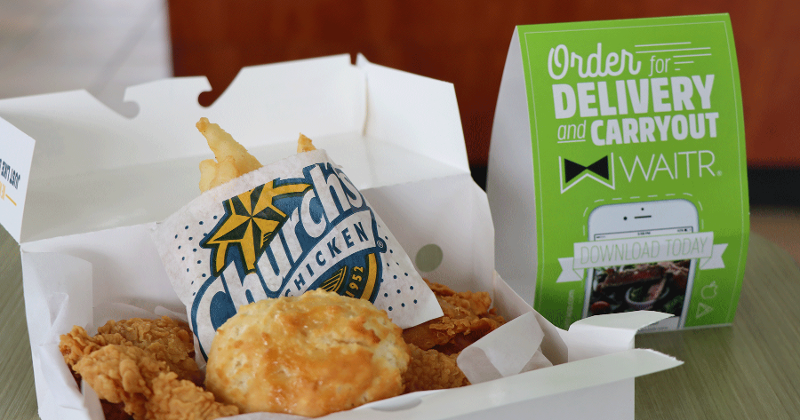 On one of Carl Grimstad’s first trips to Waitr headquarters after he became CEO earlier this year, he happened to look inside a closet. There, he saw stacks of hundreds of iPads, one on top of the other.

He soon learned that they were from closed restaurants—but Waitr was still paying for them.

“Lo and behold, we were still paying service charges on all of those iPads that were in this massive closet,” Grimstad said in an interview with Restaurant Business.

It’s just one example of the “messiness” Grimstad inherited when he took over the Lafayette, La.-based third-party delivery company. Now, coming off a profitable quarter amid a pandemic and an increasingly consolidated delivery market, Grimstad views Waitr as a potential acquisition target.

When he arrived in January, Grimstad found a company that was overstaffed and using ineffective driver and pricing models. Vendor spending was “out of control.” Cash had dwindled to somewhere in the $20 million range. Financial decisions were being made with seemingly no rhyme or reason.

“The company was definitely headed for bankruptcy,” he said. “Very quickly, we had to do some quasi-draconian things.”

That included laying off thousands of people. Dozens of office workers were let go in January, followed by 2,300 drivers after Waitr switched to an independent contractor model for those workers. The company now has about 1,000 employees and 19,000 drivers, Grimstad said.

Grimstad also changed Waitr’s restaurant fee structure. Before he took over, fees depended on performance. Restaurants that did higher delivery volume paid lower fees, a policy called “upside down” because it penalized partners that might have been just wading in to delivery. Now, restaurants pay a flat fee of 15% to 30% per order, he said, more in line with the rest of the third-party delivery industry.

Those changes, along with cost cuts across the board and increased demand amid the COVID-19 pandemic, helped Waitr become profitable in the second quarter, with net income of nearly $11 million compared to a loss of nearly $25 million a year ago.

Grimstad said the pandemic has been a “double-edged sword” for Waitr.

On one hand, it has solidified third-party delivery and drawn in new diners, he said, with deliveries spiking from late March into April and then leveling off. On the other, he’s concerned about the long-term economic impacts of the pandemic in Waitr’s markets, which are concentrated in the South and Southeast.

“As much as we’re in the same business as the bigger players that fight it out in the big economic markets, it’s slightly different. It’s a different population, and those people have different economic realities,” he said.

“If we don’t get people back to work, I think it not only hurts our business but many businesses.”

But Grimstad is confident in the profitability of Waitr’s revamped model regardless of external factors like a pandemic.

“We’re going to continue to be profitable one way or another because everything we do now is structured to have profit margin in it,” he said. “The only denigration that we would see is just in sheer order volume. We make money on every order now.”

Waitr is one of the only third-party food delivery companies to have found profitability. But Grimstad said the other big players will get there eventually. He believes continued consolidation like the kind the industry has seen this summer will help, envisioning a future in which there are two or three highly profitable players.

“The advantage [of consolidation] is if the competitors don’t have to spend money beating each other up every day, they can make the service better,” he said.

And he views Waitr, with its size and unique geographic footprint, as a potentially valuable asset for a bigger company.

“Numerically, now that Postmates is gone, we’re the only asset out there of any scale,” he said.