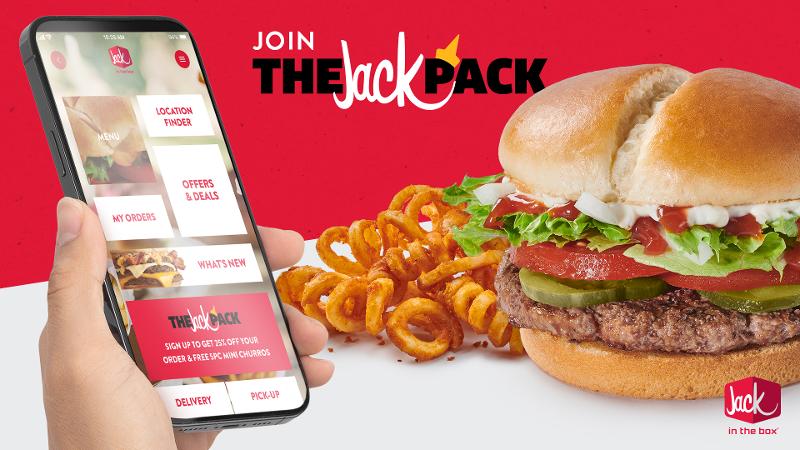 Image courtesy of Jack in the Box

Jack in the Box really wants you to join its loyalty program.

The San Diego-based burger chain plans to give away 40 points to new and existing members of it’s The Jack Pack loyalty program Friday through Sunday.

That’s enough to qualify for the program’s first level—where they can redeem the points for a Jumbo Jack or a large Curly Fries. The company is also giving customers 25% off their first in-app purchase. Customers have to use the code JACKPACK21.

The offer, the biggest since the loyalty program made its debut in the spring, is part of a major push to get people to sign up.

Jack in the Box, among other chains, is making a massive push into loyalty as a strategy of building digital sales. By giving customers rewards for their frequency, companies find they are able to generate more sales—loyalty customers come in more often and spend more when they do. And companies get one-to-one marketing that has proven valuable.

It’s also the next front in the burger wars. This year alone, Jack in the Box, McDonald’s and Burger King have taken their loyalty program national, following a move last year by Wendy’s.

These brands are taking a page from the playbook employed by Starbucks and Domino’s, both of which have thrived in part because of successful loyalty programs run through the companies' wireless apps. These programs can also increase digital sales, a key goal for Jack in the Box and other chains.

“Digital remains a strong opportunity for us in maximizing guest satisfaction as well as creating sticky, frequent customer behavior,” Jack in the Box CEO Darin Harris told investors earlier this month, according to a transcript on the financial services site Sentieo.

Because companies ultimately make money from customers who join loyalty programs, many of them use early-stage incentives to encourage sign-ups.

The Jack Pack gives members one point for every $1 they spend on the mobile app. The program is designed to make it easy for customers to use the app. The program is “simple to opt into, simple to earn and simple to redeem,” Harris said. “In addition, to the experience and uniqueness we offer our already existing loyal fan base, the loyalty program hopes to take this important pillar to the next level.”