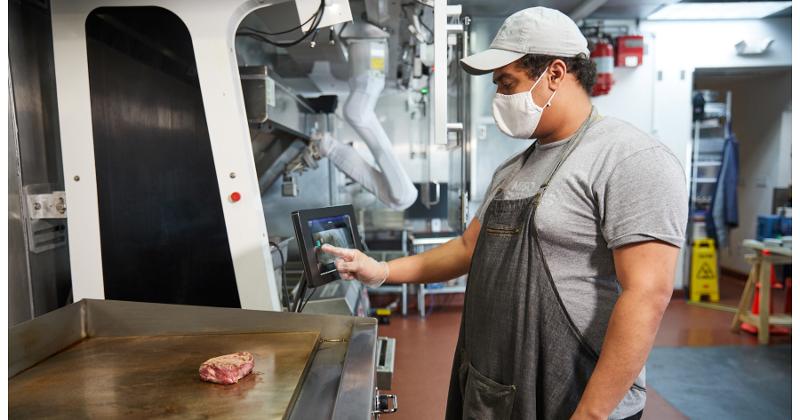 Restaurants can now buy the technology that powers Flippy the automated fry cook—without the robot.

Miso Robotics, the maker of Flippy, on Tuesday unveiled a software product called CookRight, which uses artificial intelligence and machine learning to guide kitchen workers at the grill. The idea is to reduce errors and food waste and make the kitchen more efficient.

The company is not shifting its focus away from Flippy, he said, but it wanted to offer restaurants some of the benefits of automation minus the major step of putting a robot in the kitchen. The only hardware associated with CookRight is two cameras and a tablet, and restaurants can install it themselves.

The software integrates with a restaurant's POS system. As soon as an item is placed on the grill, CookRight can identify it within 96% accuracy and will guide staff through the cooking process step by step, indicating when to flip a steak, for instance, and when to take it off. It can also coordinate timing so that food is served fresh for multiple guests at one table, or is ready as soon as a delivery driver is supposed to arrive.

For Miso, the platform expands its market beyond the fast-food burger and fry concepts that are currently Flippy's specialty. Any type of restaurant can use it to support the grill station.

"Miso is hyper-focused on QSR, but with CookRight we can get into fast-casual and fine dining," he said.

CookRight costs $100 a month, and there is no setup fee. It's currently being piloted with a "large chain" that Jordan said will be announced shortly.