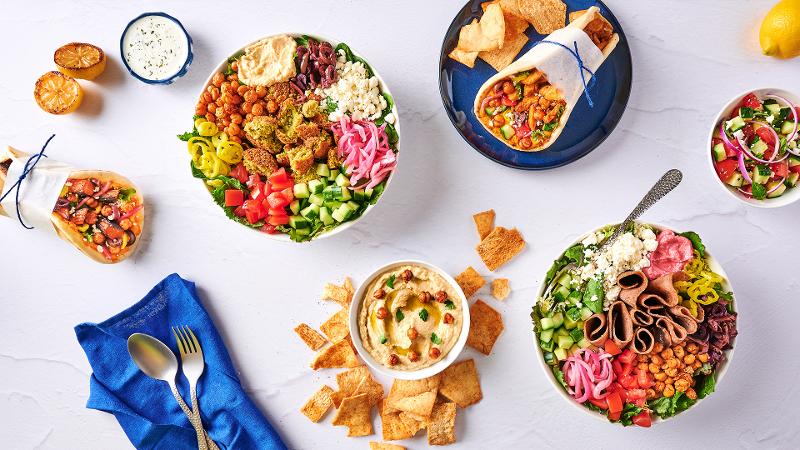 Tzki is one of Nextbite's 17 virtual brands. / Photograph courtesy of Nextbite

Not a whole lot will change under the newly unified Nextbite—it will continue to sell and maintain the hardware and software offered by Ordermark—but it represents a doubling down on the future of delivery-only brands, which it launched in 2019, two years after Ordermark began.

It now has 17 such brands spanning a variety of cuisines and dayparts that restaurants can license to make the most of existing kitchen capacity. The brands are listed on up to 50 different online marketplaces, which is where the system formerly known as Ordermark comes in, channeling all of those disparate inputs into a single tablet and printer.

“We believe Nextbite better represents the vision of our business moving forward,” said Nextbite co-founder and CEO Alex Canter. “Being able to drive the incremental orders in underutilized kitchens is the most meaningful thing we can be doing for restaurants right now.”

Some of Nextbite’s brands, which include HotBox by Wiz Khalifa, CraveBurger and Grilled Cheese Society, are now in hundreds of U.S. restaurants, Canter said, and a couple will be in thousands of locations soon. Most of its partners are independent restaurants, but it does work with regional chains like Baja Fresh as well as chain restaurant franchisees. Even some fine-dining and steakhouse concepts use Nextbite brands to tap into the off-premise market, he said.

“You’d be surprised how well a steakhouse can do when they’re offering fried chicken sandwiches and things that actually work well on delivery,” he said.

The brands can generate up to $250,000 in incremental revenue per restaurant, Canter said—some restaurants outperform that benchmark, while others do less. Restaurants keep 55% of gross sales, yielding per-order profit margins of 30%, Canter said. Typically, partners will have three Nextbite concepts going as delivery-order generators.

Many restaurants use them to beef up slower dayparts or reach customer segments not touched by their regular menus. Nextbite’s most popular brands vary by market, Canter said, but noted that a trio of new breakfast concepts and a taco brand backed by George Lopez have been widely successful.

“It really depends on where you’re located and the market dynamics in the area,” he said.