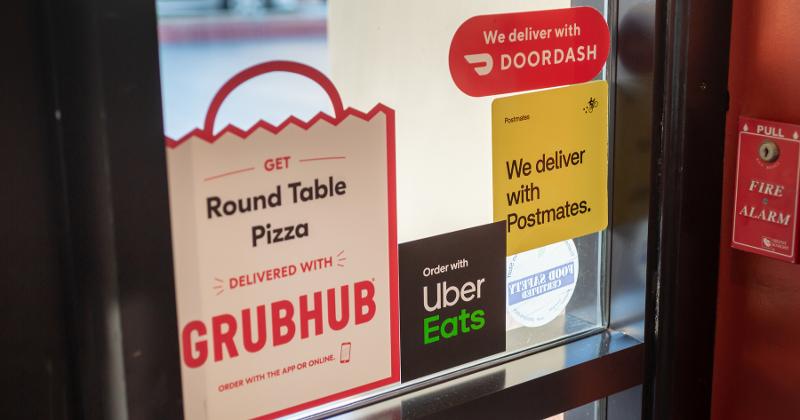 Third-party delivery providers will have to share more customer data with New York City restaurants under a bill approved Thursday by the City Council.

The legislation is the first of its kind to win approval in the U.S., and was part of a group of bills passed Thursday intended to limit the power of third-party delivery companies.

Under the bill, companies like DoorDash, Uber Eats and Grubhub will be required to share customers' names, phone numbers, email addresses, delivery addresses and order contents on a monthly basis with restaurants that choose to receive it. Customers will be able to opt out of sharing their data with restaurants.

Customer data has long been a source of tension between restaurants and delivery companies. Restaurants say the companies are getting between them and their guests by withholding their personal information; the delivery companies say handing it over would violate its users' privacy. Both value the data for the same reason: It is marketing gold.

Consumer advocates, research groups and some council members also raised concerns about privacy as the bill made its way through the legislative process. Nonetheless, it passed by a margin of 36-5 on Thursday, with two members abstaining.

The bill awaits final approval from Mayor Bill de Blasio, who is expected to sign it. It will go into effect 120 days after it becomes a law.

"After such a devastating year for restaurants, this bill will finally give them some much-needed relief and leverage in the delivery market," said the bill's sponsor, Council Member Keith Powers, in a statement. "Local restaurants will not only gain a better understanding of who is ordering from them, but it’ll be much easier for them to manage relationships with their customers."

"Bravo to Council Member Keith Powers for sponsoring this legislation ... which will create a more fair and equitable marketplace that empowers local restaurants and their customers," said Andrew Rigie, executive director of the Alliance, in a statement.

Council Member Kalman Yeger, one of the few to vote against the bill, argued that it limits consumer choice and expressed doubt that many people would choose to opt out.

"How many people read through the opt-out questions before they just keep going?" he said during a committee hearing earlier Thursday. "When you want a pizza from the guy, you just order the pizza."

In a statement following the decision, Grubhub reiterated its own concerns about consumer privacy:

"Despite repeated warnings from privacy experts, restaurant owners, small business advocates and everyday New Yorkers, the City Council today chose to compromise the safety and security of millions of people across the city," a spokesman said in an email. "It’s wrong and Grubhub will continue to protect the privacy of those who entrust us with their data."

A DoorDash spokeswoman voiced similar concerns, and said the company will "continue to fight to protect the privacy of our customers" before the rule takes effect.

A report published Wednesday by Catalyst Research referred to the legislation as "flawed," stating: "It is unclear whether the average restaurant is capable of storing, securing, analyzing, and activating this data into meaningful action." The report was based on input from privacy experts, law professionals, small business advocates and restaurant owners.

The Council approved four other food delivery-related bills Thursday. That legislation will:

"Taken as a whole, these bills protect the bottom line of our struggling mom and pop shops (especially from predatory practices), while affording them agency and control over how they're listed in digital marketplaces," said Council Member Mark Gjonaj, who sponsored the four bills, in a statement.