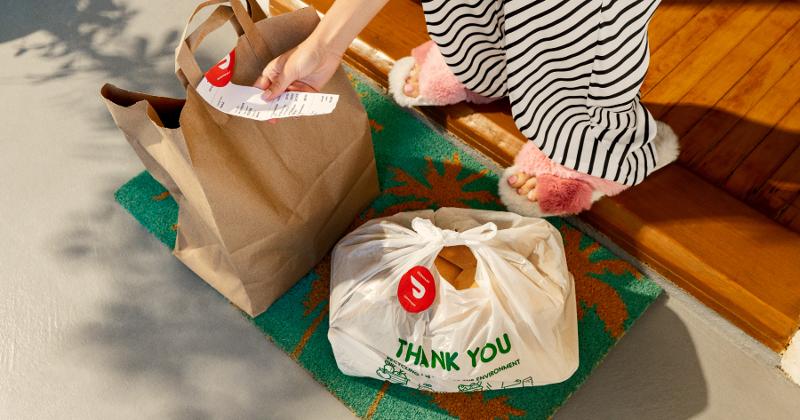 An image from DoorDash's new ad campaign, which promises "A Neighborhood of Good in Every Order." / Photograph courtesy of DoorDash

Just over half of restaurants that use DoorDash to handle delivery said the partnership has brought them new customers and incremental revenue, while nearly six in 10 said it has helped increase their overall revenue.

That’s according to DoorDash’s latest Economic Impact Report, a study conducted in partnership with Oxford Economics to measure the delivery provider’s effects on the economy.

Published Tuesday, the report compiles data on DoorDash customers, restaurants and delivery drivers, or Dashers, and concludes that the company contributed $68.9 billion to U.S. GDP last year, both via direct sales and indirectly by creating jobs, tax revenue and other activity.

More than half of that—$38.4 billion—came from the more than 500,000 restaurants and other businesses that used DoorDash last year, the study found.

The study did not reveal what effect the third-party service has had on operators' profits.

DoorDash’s central pitch to partners is that it can help them bring in new customers and sales with a listing on its marketplace and a network of Dashers that can satisfy delivery demand. More than half of independent operations said using DoorDash accomplished those goals.

And 71% said they would recommend DoorDash to another restaurant if it wanted to increase its overall revenue.

Additionally, 61% said they preferred DoorDash to operating their own delivery fleet, and the same amount said third-party delivery services are good for the restaurant industry.

The findings are based on a survey of 736 U.S. DoorDash merchants from May 26 to June 2.

“These responses speak to how merchants are meeting their overall goal to increase access to new customers without the many logistical challenges of operating their own delivery service,” the report said.

San Francisco-based DoorDash has continued to add restaurants and customers this year, though sales growth has decelerated since the first part of the pandemic.

Some restaurants have criticized the company, along with competitors Uber Eats and Grubhub, for a business model they say is unfavorable to small operators.

Restaurants pay DoorDash as much as 30% in commissions per order, and they do not get access to customer data that could allow them to market directly to guests.

But DoorDash is highlighting its positive impacts on small businesses with the Economic Impact Report as well as a new marketing campaign entitled “A Neighborhood of Good in Every Order.”

With a focus on local businesses and communities, it will feature TV and radio ads as well as out-of-home advertising in certain markets.