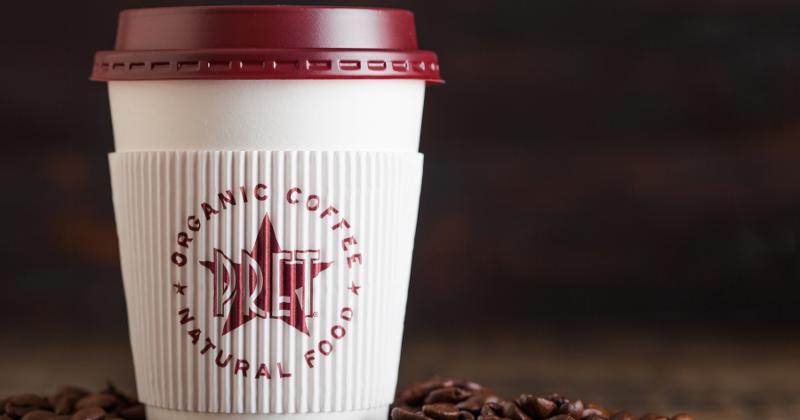 Fast casual Pret A Manger is launching a coffee subscription at its locations in New York City and Washington D.C., following a successful test in its U.K. units, the chain announced this week.

The Pret Coffee Subscription, available at two price points, allows subscribers to pay one monthly fee for coffee, teas and barista-prepared drinks up to five times a day.

The premium plan is $29.99 a month and includes all espresso-based drinks, such as lattes and cappuccinos, as well as organic coffees and teas with an espresso shot or flavoring add-on. The scaled-down classic plan, at $19.99 a month, includes all of the organic coffees and teas with a flavor syrup add-on. Both plans include hot or iced drinks of any size with any dairy milk or nondairy alternatives.

“We recognize our customers need for ease, flexibility and value and this subscription model will be able to provide that,” Pret A Manger USA Presdent Jorrie Bruffett said in a statement. “As offices in New York City and Washington D.C. continue to open, we look forward to welcoming back residents, commuters and visitors into our shops.”

Earlier this week, Taco Bell announced its test of a 30-day taco subscription service at restaurants in Tucson, Ariz. The Taco Lover’s Pass, which sells for between $5 and $10 depending on location, allows users to redeem one Taco Bell original taco per day for a month.

Under Pret’s program, customers purchase the subscription via the chain’s website to receive a QR code that can be added to their Apple or Google Wallets.

It’s easy to see why Pret A Manger might be looking for ways to boost sales and traffic. The U.K.-based chain, known for its grab-and-go breakfast and lunch offerings, saw its sales plummet 87% during the height of the pandemic, according to a statement it released last summer.

It closed 17 restaurants in Boston and Chicago, as well as 30 units in the U.K.

Panera’s monthly coffee subscription has been a hit, generating nearly a half million paid subscribers about seven months after its introduction. What’s more, the chain has reported that 35% of customers redeeming their free coffee add food to their orders and the same number of subscribers are considered new Panera customers.