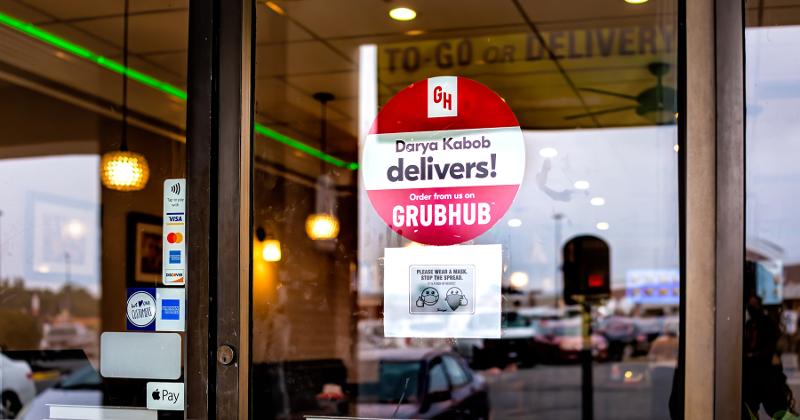 Grubhub set records across all three of its key business metrics in the first quarter, reflecting continued demand for delivery, but the milestones brought it no closer to turning a profit.

Much of its order and user growth came in the suburbs and smaller communities, demonstrating that Grubhub can be successful in markets of all sizes, CEO Matt Maloney said in a letter to shareholders. New diner repeat rates and order frequency remained strong and "well above" pre-pandemic levels.

The company was "extremely pleased" with those results in what will likely be its last earnings report as a stand-alone company, Maloney said. Its acquisition by Amsterdam-based Just Eat Takeaway.com is expected to close shortly after Grubhub's special stockholder meeting in June.

"We have incredibly strong momentum heading into our combination with JET," Maloney said.

Revenue for the quarter was up 52% year over year, to $551 million. But the bottom line was a different story. Grubhub posted a net loss of $75 million as it spent big to keep up with demand and driver shortages, more than doubling its net loss from a year ago ($33 million).

Those factors cost the company $393 million in operations and support expenses. Driver levels were affected by high demand, winter weather and stimulus checks that kept some couriers off the roads in March, the company said.

Grubhub also spent $127 million on sales and marketing for the quarter. And it said it conveyed $60 million to restaurants as the result of temporary fee caps in some markets.

As the company's revenues have increased over the past year, so have operations and marketing costs, illustrating the difficult juggling act that is third-party delivery. If one element of the three-sided marketplace is out of sync—like not enough drivers—it's costly.