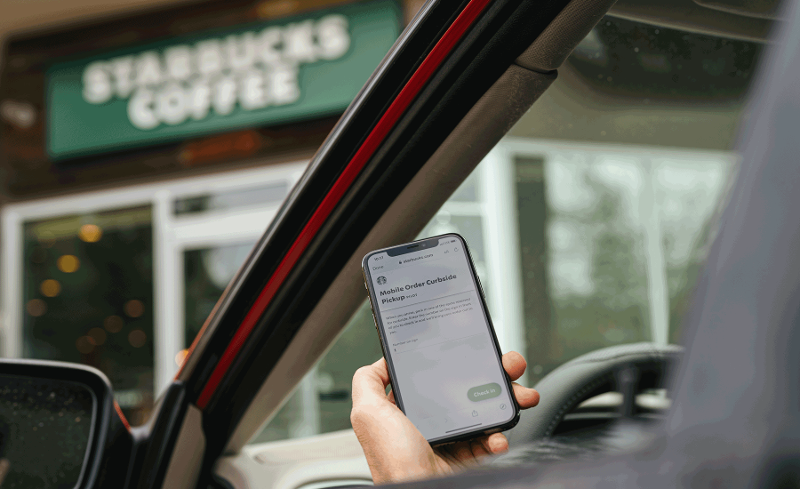 The restaurant industry has a reputation for being slow to adopt new technology—but don't tell that to Yum Brands.

In the past month alone, the owner of Taco Bell and KFC has added two entire tech companies to its fold. And it's far from the only one making those kinds of investments. Just yesterday, Chipotle Mexican Grill announced it had invested in a self-driving delivery company.

Both are signs of how large restaurant brands are becoming more sophisticated in their approach to tech, with some going so far as to invest in or buy the technology itself.

Here's a quick look at some notable tech investments by restaurants.

The parent of Taco Bell and KFC has been on a veritable tech-buying spree this month, adding a pair of digital ordering and marketing companies in Tictuk Technologies and Kvantum.

The former is an Israeli-based company that will allow Yum customers to order through social media and chat channels like WhatsApp and Facebook Messenger. That followed an agreement to purchase the Texas-based Kvantum, which uses machine learning to measure the performance of marketing programs in specific geographies.

Yum CEO David Gibbs said the investments would help the company navigate the changes brought about by the pandemic, which accelerated the industry's shift to digital channels.

Yum is not a stranger to buying tech companies. Its Pizza Hut brand bought QuikOrder in 2018, and in 2015 Yum acquired consumer insights consultancy Collider Lab.

The Mexican fast-casual bought a stake in a self-driving delivery service as it looks for delivery solutions outside of the traditional third-party providers.

Mountain View, Calif.-based Nuro was founded in 2016 and operates a fleet of autonomous vehicles for delivering consumer goods. Those driverless cars are currently operating in two counties near the Bay Area. Chipotle's investment was part of a Series C funding round for the company.

Delivery is expensive, and Chipotle has aggressively sought to improve those margins by raising menu prices and promoting its other ordering channels. Investing in a delivery company appears to be an extension of those efforts.

The burger giant bought the company in 2019 for $300 million to upgrade its drive-thru menu boards, kiosks and mobile app. It is now thinking about selling part of it as demand for the technology grows.

Israeli-based Dynamic Yield uses artificial intelligence to enable ordering platforms to recommend certain items based on the weather or time of day.

While McDonald's said it is still weighing its options with Dynamic Yield, the heightened demand for tech, particularly in the drive-thru, could bring it a considerable return.

The parent of Dunkin' and Arby's in September took a minority stake in the third-party integration company with plans to introduce the technology across thousands of restaurants.

New York-based ItsaCheckmate fields orders from third-party companies such as DoorDash and channels them directly into a restaurant’s POS system, easing operations and streamlining menu updates.

With the proliferation of third-party delivery and other ordering channels, such integrations have become an area of focus for restaurants. “We see the value of this relationship and we see the value that Checkmate brings to the restaurant industry overall,” said Dave Katzman, VP of corporate strategy for Inspire, in September.

Starbucks makes a deal with Brightloom

The coffee chain in 2019 agreed to license some of its own technology to Brightloom in exchange for an equity stake in the business.

Eventually it narrowed its focus to data-driven personalization, which touches another hot spot for restaurants as they look to leverage customer data to drive visits and spend.

The sandwich giant acquired a team of 20 staffers from the Vancouver-based online ordering company in 2016 to help it develop and launch mobile ordering.

Subway had been working with Avanti since 2011, and the deal helped put it to the forefront of digital ordering alongside chains like Starbucks and Panera Bread. The Avanti team became part of Subway's digital division that was created around the same time.

CORRECTION: This story has been updated to clarify Brightloom's use of Starbucks' technology.