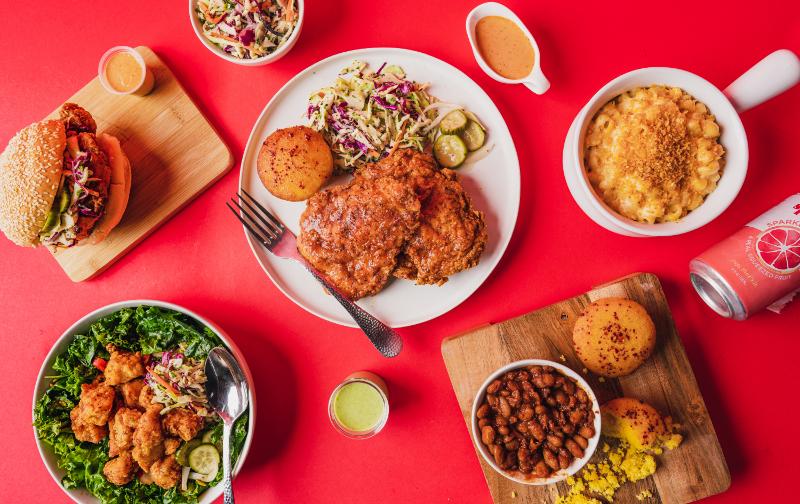 The problem was, she already owned a restaurant—Vic’s, a popular Italian place in Manhattan—that was keeping her plenty busy.

Then a fellow chef told her about Mealco, a startup founded in 2019 that helps chefs create and manage virtual concepts. She began working with the company and within weeks had developed a delivery-only chicken sandwich brand called Cayenne that launched in November.

Cayenne’s food is produced by Mealco employees out of three satellite kitchens using local ingredients and “smart kitchen” technology designed to standardize the cooking process. The brand is available in Manhattan, Brooklyn and Queens via the big third-party delivery providers.

The idea is to streamline the process of opening and operating a restaurant by allowing each party to focus on one area: chefs on menu development, kitchens on making the food and Mealco on data and technology.

“[Sterling] doesn’t deal with any of the operations. She’s only dealing with the food,” founder and CEO Daniel Simon said. “It gives her the capacity to really look at what customers think and really look at the menu.”

Sterling developed the selection of chicken sandwiches, salads and Southern sides entirely online and uses real-time sales data to make adjustments to the menu, all while maintaining day-to-day operations at Vic’s.

And she has made a lot of changes so far. When Mealco indicated that sides were accounting for a large portion of order volume, Sterling added three new items in a matter of days: Spiced French Fries, Cayenne Nuggets and Hillary’s Pimento Cheese Dip. Sides increased in both total volume and customer retention for the rest of the month, she said.

“In the short time Cayenne has been online it has been very successful, but the important thing here is the opportunity,” she said. “I can focus on the creation and innovation, knowing that I can rely on Mealco for execution.”

There are no upfront costs for chefs that open a restaurant with Mealco. Revenue is split among the various links in the chain, Simon said, though he did not provide a specific breakdown.

Mealco plans to expand into the suburbs and other cities this year, taking its concepts along with it, Simon said. It has 50 New York chefs on a waitlist, and Simon believes it can create thousands of jobs as it scales.