The rocket ship that was food delivery in 2020 appears to have hit cruising altitude.

After DoorDash and Uber Eats saw sales grow by triple digits last year, their numbers have stagnated during the first three quarters of 2021.

Figures are in millions; Source: Uber

Figures are in millions; Source: DoorDash

To be sure, sales are still up significantly compared to 2020, even as customers have started to get more comfortable dining away from home. That suggests that customer demand for restaurant delivery has a solid floor—but its ceiling could be in question.

None of this comes as a surprise to delivery executives: They have been predicting a slowdown since late last year.

“We continue to expect moderation in delivery year-over-year growth rates from the reopening,” Uber CFO Nelson Chai said on the company’s third-quarter earnings call this month, according to a transcript from financial services site Sentieo. “Delivery continues to demonstrate healthy trend lines across most markets, and retention for our consumer cohorts remains strong.”

The companies are doing a lot to generate sales from places other than restaurants. Both Uber and DoorDash now deliver groceries, liquor, medicine and pet supplies, in addition to burgers and fries.

And while restaurants still make up a vast majority of their sales, those other categories could be where future growth ultimately comes from.

“These categories of convenience or grocery or alcohol, they're very, very, very young,” said DoorDash CEO Tony Xu on the company’s third-quarter earnings call last week. “We think there's a massive runway ahead and certainly a lot of work to do in order to bring these categories online.”

Yelp is changing its format. Consumers who use the business review app on an Apple device will now see a vertical feed that features popular nearby dishes as well as customer reviews and updates from restaurants. The content each person sees will be based on their location, the freshness of the content and the popularity of a dish based on user reviews. Yelp said it uses machine learning to identify popular dishes. Restaurants that use the paid Yelp Connect feature will have better visibility. 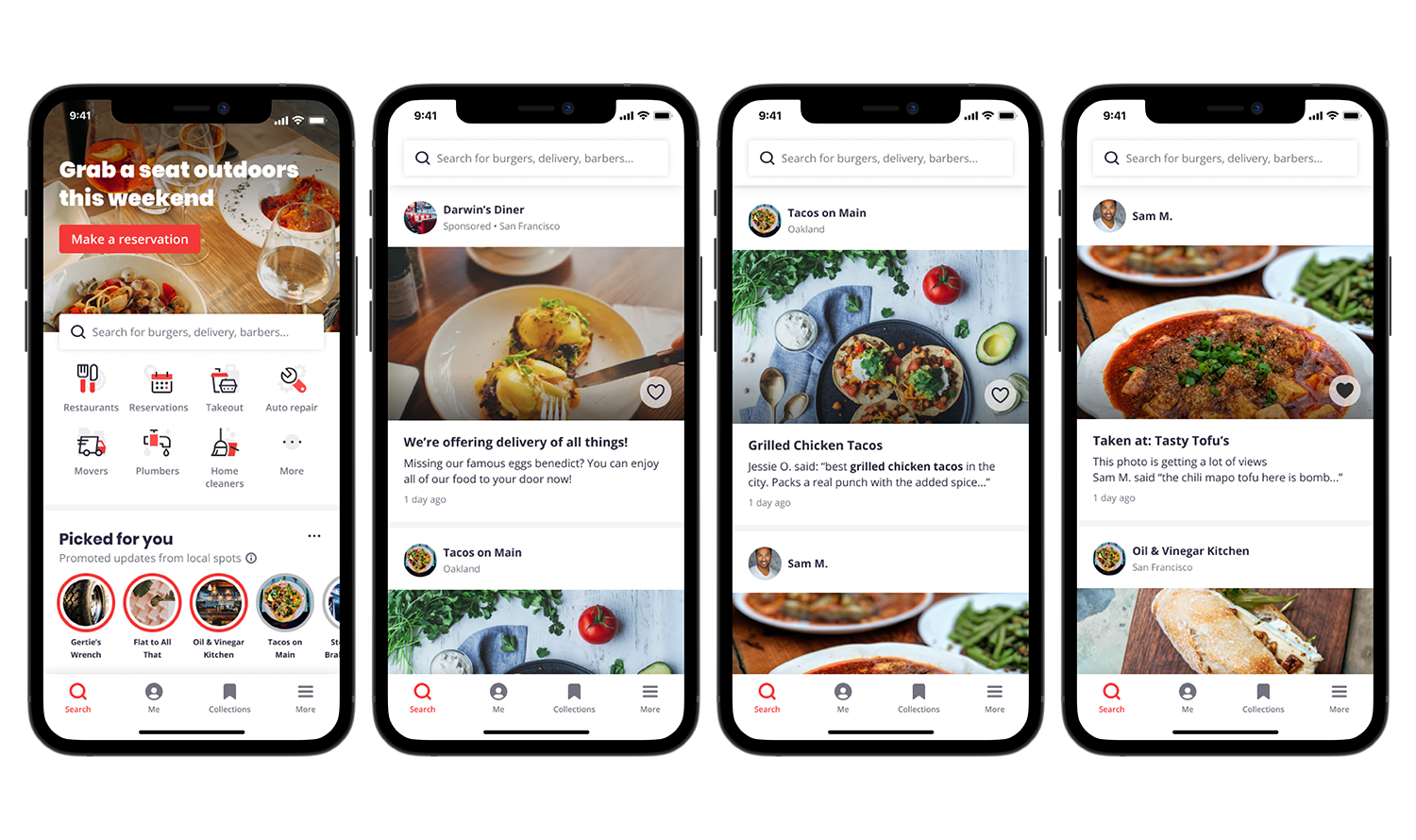 Hiring app Seasoned raised nearly $19 million. The Series A round was led by Horizon Ventures and follows a $12 million seed round in June. Seasoned seeks to match a network of restaurants with job seekers and allows employers to easily screen applicants and schedule interviews within its app. It said it would use the funding to develop its products and enter new markets. The company works with more than 100,000 restaurant locations across five markets in Texas and Florida.

Nextbite is turning ‘Wichcraft into a virtual brand. Restaurants across the country will be able to bring celebrity chef Tom Colicchio’s high-end sandwich concept into their kitchens as an added revenue stream starting early next year. Fast casual ‘Wichcraft opened in 2003 in New York City and grew to as many as 15 locations before scaling back—its website now lists just one restaurant. 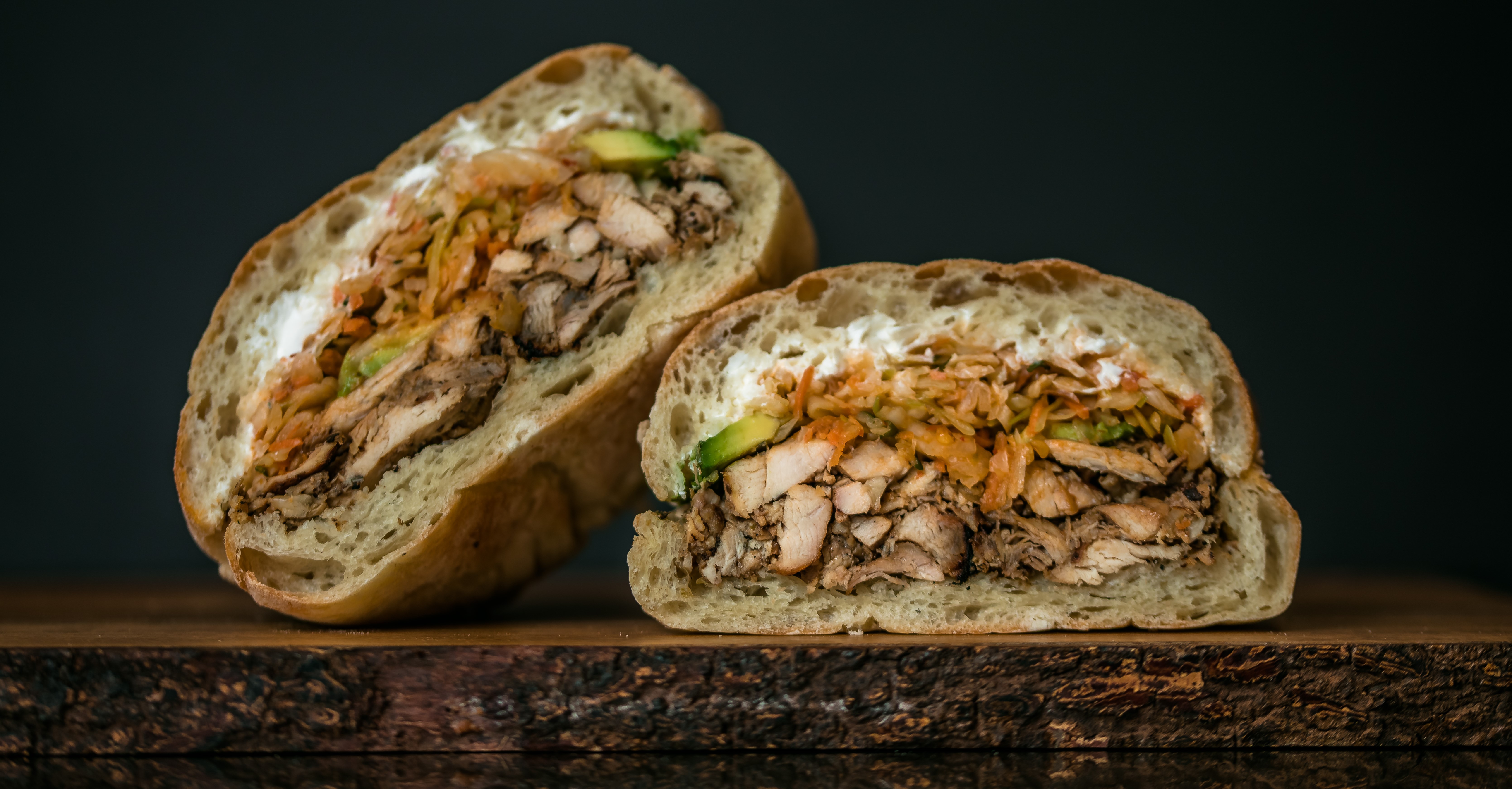 The grilled chicken and spicy slaw sandwich from 'Wichcraft. / Photograph courtesy of Nextbite

C3 and Reef are expanding their ghost kitchen plans. The digital restaurant company and the ghost kitchen operator will now open 800 locations together, up from a previously announced 500. Reef contributed to C3’s $80 million Series B funding round in July.

DoorDash and Grubhub added more options for restaurants that provide their own delivery.

Bbot unveiled technology specifically for ghost kitchens. The new platform allows restaurants that offer one or more virtual brands to manage those orders from a single tablet and interface. It integrates with third-party delivery providers as well as marketing and other technology products with the goal of helping restaurants streamline operations.

Grubbrr hired a CFO. The maker of kiosks and other self-ordering products named Noel Marsden to the post as it pursues a Series B funding round. Marsden was formerly CFO at financial services company Goba Capital and previously served in financial roles at various technology companies.