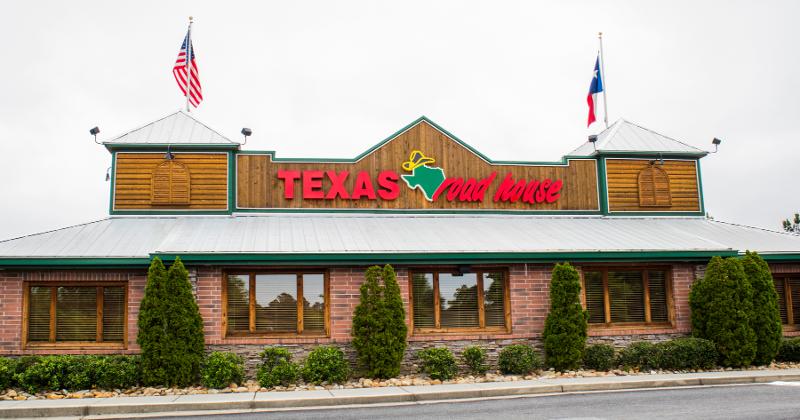 Many Texas Roadhouse customers will soon be able to pay their bill at their leisure.

That’s thanks to a new service the steakhouse chain unveiled Thursday called Roadhouse Pay, which allows guests to settle up via a tablet on their table rather than with their server.

Now available in 20 restaurants, Roadhouse Pay will expand to about 400 locations by the end of the summer. And it’s already yielding a number of benefits for customers and staff, said Chief Information Officer Hernan Mujica.

The vast majority of customers who have used the system say they like it, according to Mujica. Plus, he said,  employees’ tips are higher. And the faster payment process is trimming up to five minutes off of table turns.

But the main win has been giving guests more control over their dining experience.

“We felt like our guests really wanted the ability to pay themselves,” Mujica said. “So we wanted to give that experience to our guests.”

In initial tests, about 83% of card transactions are being processed by the tablets, which are made by Ziosk and branded with Texas Roadhouse materials. And 80% to 90% of guests who used the system said it enhanced their experience, Mujica said.

Texas Roadhouse prides itself on its high-touch service and hospitality. So the company was initially hesitant about losing contact with the guest by inserting technology into the “check and change” portion of the meal, he said.

But the bigger deterrent, at first, was the hardware itself. Roadhouse felt that older versions of the Ziosk tablet were too large for the table. So when the company introduced a smaller terminal—about the size of a large cellphone—the chain decided to try it.

“We’re open to anything that we feel like enhances the service, the guest experience and makes our staff’s lives easier and faster, and hopefully helps them get paid more,” Mujica said.

Roadhouse Pay saves time for workers because they don’t have to run back and forth with the check. They can use that extra time to provide more hands-on service to their tables, Mujica said.

They also make more money: The tablets automatically prompt customers to tip 20%, and tips are about 3% higher when guests pay that way, he said.

The speedier payment option is also getting diners in and out of the restaurant faster—although that’s not necessarily the goal.

“If we get three to five minutes of table turn time, that’s just gravy,” Mujica said. “But we don’t want them to feel rushed. … We want them to have the choice.”

In addition to payment, customers can use the tablets to take surveys, play games, buy gift cards and sign up for Roadhouse’s VIP Club. There’s also a function that allows servers to ping the host stand when a table is clear.

The tablets can also allow guests to order on their own, eliminating the need for a traditional server. Roadhouse is not using that capability, but Mujica said it might eventually try offering guests the option to order appetizers that way.

Roadhouse pays Ziosk a monthly fee for the tablets and also earns some revenue from games, which it shares with the tech supplier.

The 610-unit chain is testing other front-of-house technology, too, like handheld ordering devices for servers.

The new tools are part of an overall increase in dining room technology as pandemic restrictions ease and customers return to restaurants. At the same time, operators are struggling to meet that demand with smaller staffs and rising costs and are turning to technology to help.

Raymond Howard, founder of Dallas-based Ziosk, said his company has seen increased adoption coming out of the pandemic from restaurants .

Pay-at-the-table is one element of that.

“There’s been a pretty big shift of using pay-at-the-table, and certainly demand on the consumer side,” Howard said.