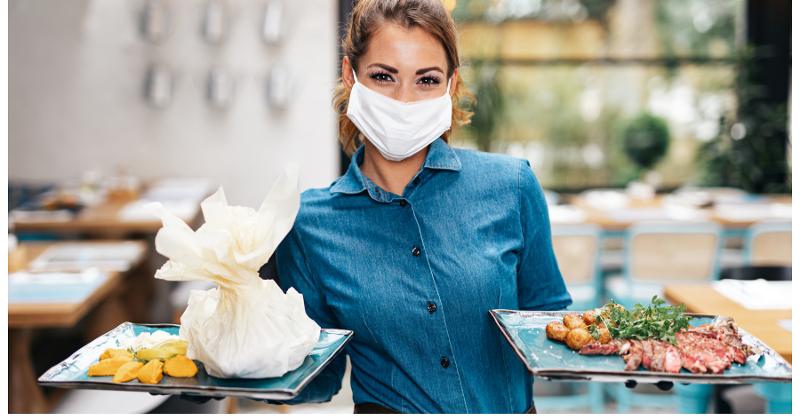 A huge majority of restaurateurs continue to fault federal unemployment subsidies as a main reason for their labor woes, but new research suggests the industry may be deluding itself by overlooking hard new realities in the lives of its eroding workforce.

The report by Black Box Intelligence and the recruitment website Snagajob confirms that compensation is still the key determinant of whether someone takes a restaurant job, leaves it for an opportunity elsewhere, or sits out the pandemic. But the findings, based on a survey of 4,700 restaurant employees and job hunters, show that lifestyle complications and the deplorable behavior of others, including bosses, can also tip a worker one way or the other.

Second in importance to wage considerations, for instance, is how a job affects the individuals’ ability to care for their children. About one in five unemployed hourly workers (18%) left their jobs because they needed to care for their kids, according to data contributed by Snagajob. The report quotes McDonald’s as saying the lack of care alternatives is the Number One reason for the chain’s hiring challenges.

Overall, 1 million U.S. households have at least one employable member who can’t look for work because children under that roof would have no one else to care for them, according to U.S. Bureau of Census data quoted in the Snagajob report.

The report advises operators to address childcare concerns by stressing the flexibility in scheduling and hours that the industry affords—a trait cited by 51% of respondents as the reason they took or want a restaurant job.

Conversely, 23% of the respondents who’d quit their jobs said they were prompted by the lack of a set schedule and the predictable income that consistent hours afford.

The direct-drive nature of earning tips—the better you perform, the more you can collect—was the fourth most-cited reason for taking a job, reported by 29%, and the lone one within the Top Five that deals with compensation. In contrast, two of the five dealt with the social benefits of working in restaurants—the general interaction (cited by 30%) and specifically spending time with friends (21%).

Among the big a-ha’s of the study was the indication that 66% of the workers who left the industry during the pandemic would take another restaurant job if they were protected from some of the physical and mental duress they’d encountered. Nearly the same percentage (62%) of all respondents said they’d suffered emotional abuse and disrespect from customers.  For 49%, that sort of abuse had come from managers.

The Snagajob report noted that quitting levels are at an all-time high within the restaurant industry, intensifying an industrywide labor shortage that has forced some operators to shorten hours, close during certain days of the week and greatly boost their pay.

When Black Box asked operators why they’re having trouble recruiting and retaining staff, 71% of operators said the prime factor was the higher incomes provided either through federal subsidies of state unemployment assistance or by other industries.

When Restaurant Business posed the same question to operators in a survey conducted mid-April, 91% pointed to the pandemic assistance workers could collect if they didn’t work.

The additional weekly unemployment aid paid by the federal government is scheduled to cease nationwide on Sept. 6. About 24 states have already stopped accepting the boost in funds because of complaints from local employers.

Black Box estimates that a typical full-service restaurant is operating today with 6.2 vacant fewer employees in the back of the house than it had in 2019, and 2.8 fewer staff members in the dining room.