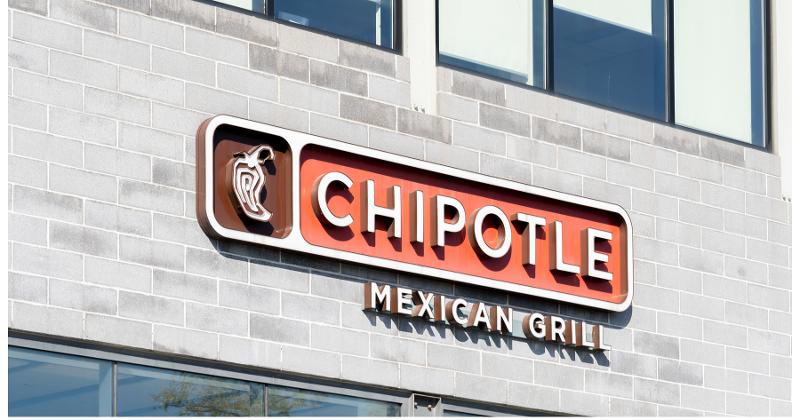 Employees of a Chipotle Mexican Grill in Augusta, Maine, have asked federal labor regulators for the go-ahead to vote on unionizing their store.

If an election is scheduled and a majority of workers opt to organize, the store would be Chipotle’s first union store. Employees have never before even petitioned the National Labor Relations Board (NLRB) to schedule an election, according to a Chipotle spokesperson.

The development echoes the start last August of a union drive that has led to the unionization of at least 150 Starbucks units to date, though with several major differences.

Like their Starbucks counterparts, the Chipotle workers sent a group letter to senior management, setting out their dissatisfaction. But unlike the baristas, the Chipotle employees cited specific gripes about working conditions, including understaffing and insufficient training. Starbucks workers said their motivation was not having a direct say in the coffee chain’s strategic direction. Indeed, they flatly stated that they had no gripes with the brand.

However, they would later veer from that assertion. Starbucks Workers United has since accused the coffee chain’s management of blatantly trying to thwart employees’ desire to unionize, a violation of federal rules. On Tuesday, a regional NLRB director asked a federal court to stop Starbucks from using what the official said were illegal anti-union tactics.

Chipotle’s situation also differs from Starbucks in that employees of the Mexican chain have emphasized their intention to form a union unaffiliated with any larger labor group. From the get-go, Starbucks employees sought help in organizing from Workers United, a union affiliated with Service Employees International Union (SEIU), the nation’s second-largest labor organization.

Employees of the Augusta Chipotle store did turn to the Maine operation of the AFL-CIO, but only because that labor group was a neighbor, according to Communications Director Andy O’Brien.

“They had reached out to us earlier for information about how to file the paperwork, but that’s the extent of our involvement,” he told Restaurant Business.

Chipotle and Starbucks do share the distinction of being primarily corporately run chains. About two-thirds of Starbucks’ U.S. units are company operated, while virtually all of Chipotle’s stores are managed by the chain.

Organizing such a system is presumed to be considerably easier than unionizing dozens or hundreds of franchisees, each a distinct employer.

Like Starbucks, Chipotle responded immediately to the concerns raised by pro-union employees.

“We immediately deployed additional resources such as hiring and training additional staff, retraining existing employees and providing new leadership at the restaurant,” spokesperson Laurie Schalow, Chipotle’s chief corporate affairs officer, said in a statement. “We think our actions in addressing the concerns raised by our crew in Augusta just last week prior to receiving notice of any petition in that location show how quickly we can and do respond to our employees when they directly notify us of their issues and concerns.”

She noted that Chipotle maintains a toll-free hotline employees can use to report any concerns or gripes anonymously.

“We respect our employees’ rights under the National Labor Relations Act and are committed to ensuring a fair, just, and humane work environment that provides opportunities for all,” Schalow said.