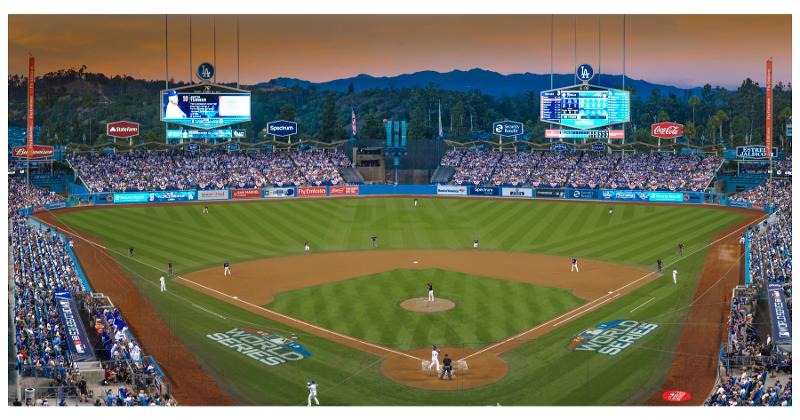 Food and beverage workers at Major League Baseball’s Dodger Stadium are threatening to walk off their jobs before the 2022 All-Star Game and its related festivities, which begin Saturday.

A strike by the 1,500-person workforce would pose a considerable challenge for contractor Compass Group and its division that runs the park’s foodservice facilities, Levy Restaurants.

The MLB Players Association, the union representing all baseball players at the major-league level, has said it “stands in solidarity” with the concession workers. The group did not say if that support would extend to refusing to cross a picket line if a strike is called.

The stadium workers, who are represented by the hospitality union Unite Here, are using the threat of a strike as leverage to finalize a new contract with the stadium. The home of the Dodgers can accommodate 56,000 attendees per game and currently leads all MLB stadiums in attendance for the current season.

The park will likely be at or close to maximum capacity starting Saturday and running well into next week because of the All-Star Game, a highlight of the summer sports season. The game itself is only one of the scheduled activities. Adjunct events range from a celebrity softball game on Saturday to a concert that night to workouts by the all-stars and the Home Run Derby. The stretch of festivities leads up to the annual contest between the best players in the American and National Leagues on Tuesday night.

Unite Here said in a statement that the concession workers want a contract comparable to the one that was hammered out between the union and SoFi Stadium, home of the Los Angeles Rams and Chargers NFL teams and host of this year's Super Bowl. Among the provisions from that contract that leaked into public view was a stipulation that dishwashers’ pay be raised to $30 an hour.

Dodger Stadium is known for offering some of the most upscale items available at any major sports facilities. Its specialties include a Korean short rib bowl, a barbecue platter and tacos al pastor. The best-known item may be the Dodger Dog, a 10-inch frank served in a steamed bun for $6.75.

About 99% of the stadium’s food and beverage workers agreed to strike, according to Unite Here, the nation’s second-largest union of hospitality employees. The employees who agreed to participate in the walkout include cooks, dishwashers, servers, bartenders and luxury-suite attendees.

Levy Restaurants is one of the nation's largest sports concessionaires. It also manages the foodservice facilities of the Washington Nationals, the Miami Marlins, the Los Angeles Lakers and the Chicago Bulls.