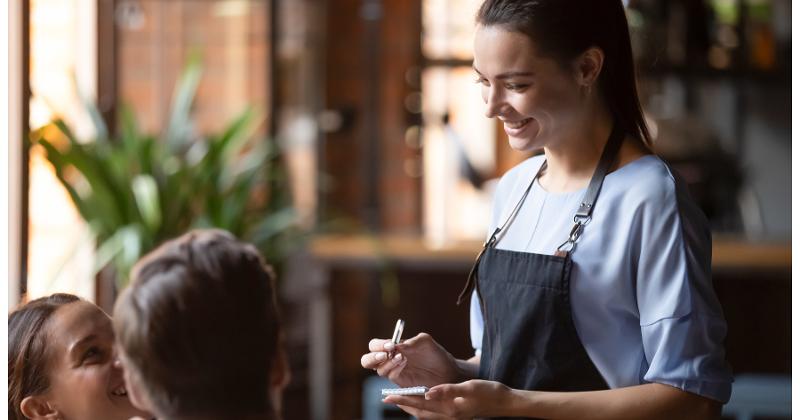 The U.S. Department of Labor (DOL) is narrowing the circumstances under which restaurateurs and other employers can pay tipped employees a lower hourly wage for work that doesn’t immediately bring them gratuities, effective Dec. 28.

As of that date, restaurants will be required to pay servers and bartenders a jurisdiction’s full minimum wage for all side work that doesn’t support their tip-earning functions; exceeds 20% of their weekly hours; or extends for more than 30 continuous minutes.

In states that use the federal standard as their minimum wage, the difference will mean paying servers, bartenders and other tipped workers $7.25 an hour instead of $2.13 for worktime that falls outside the permitted limits for using what’s called the tip credit. That longstanding concession to employers counts gratuities as part of the minimum wage that a tipped employee is legally due.

Most states have a minimum wage that exceeds the federal mandate.

The rule change should have no effect on restaurants in California and the six other states that don’t allow employers to take a tip credit.

The final rule issued Thursday by DOL effectively rolls back the latitude that was proposed for employers of tipped employees by the Trump administration. Under that set of guidelines, restaurants could pay a lower wage for side work that immediately preceded or followed a server or bartender’s tip-generating work, even if side jobs such as refilling saltshakers or rolling silverware setups ate up more than 20% of their shift.

The attorneys general of 18 states and the District of Columbia implored the Trump administration to reverse that discontinuation of the 20% threshold, popularly known as the 80/20 rule.

Restaurant employees and their advocates have filed scores of lawsuits that allege the plaintiffs’ employers took a tip credit and paid a lower wage when they should have directly paid the full minimum amount. The suits typically seek payment of the difference between the two pay scales, an amount that has run into hundreds of thousands of dollars.

“The timing of this decision couldn’t be worse for restaurants," Shannon Meade, VP of public policy and legal advocacy for the National Restaurant Association, said in a statement.  "Restoring the Obama-era 80/20 rule is an arbitrary change that creates mass confusion and enormous compliance challenges for restaurants. This rule does not provide the clarity that small business owners and their employees need and is likely to increase litigation around the issue.”

The Biden administration has signaled its support for dropping the tip credit altogether and requiring that all employees be directly paid a jurisdiction’s full minimum wage.

The restaurant industry has fiercely opposed such a change, noting that the resulting increase in servers’ pay would widen the gap between the incomes of the front of house and back of house workers.  Many operators have struggled to fill kitchen positions because prospective hires can make far more in a job where they’re directly tipped.