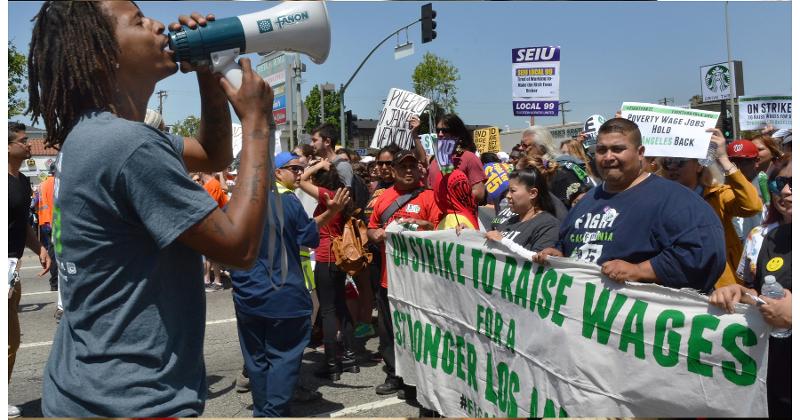 A fierce lobbying battle has erupted in California over a first-of-its-kind proposal to give fast-food workers in the state a significant role in setting their own wages, scheduling limits and workplace standards.

Opposing the restaurant employees are about 100 operators of franchised restaurants within the state. They converged on the state capital in Sacramento in hopes of convincing state senators that the landmark piece of legislation known as the Fast Act goes too far in aiming to tip the balance of power away from employers.

The franchisees were armed with a study issued by the International Franchise Association (IFA) that warned of a 20% jump in food prices if the Fast Act should be approved by the Senate. It has already been passed by the state Assembly.

The employers could end up nose-to-nose with fast-food workers who were encouraged by Service Employees International Union and other labor groups to gather at the capital for two days and press their state senators personally for support of the act. They have argued that quick-service employees need the Fast Act to protect them from employer abuse, including rampant theft of the workers’ compensation.

The bill would create a council made up of workers, union advocates, workplace regulators, fast-food employers and franchisors of quick-service restaurant brands. The group would be empowered to review and change the state’s wage, scheduling and workplace-safety regulations every six months, subject to modification by the state legislature and some regulatory bodies.

The standards would apply only to fast-food restaurant workers.

Quick-service franchisors say they face the additional burden of being designated by the act as joint employers of franchisees’ staffs. They fear that responsibility will open them up to incessant lawsuits from aggrieved parties looking for a settlement from deeper pockets than franchisees typically sport. The upshot, the franchisors warn, could be a discontinuation of their expansion through franchising.

Says IFA CEO Matt Haller: “This bill will dismantle the franchise business model and all the opportunities it creates, particularly for underrepresented Californians who will be effectively demoted from owners to corporate employees.”

The reliance on a council to give workers a role in setting workplace standards is believed to be unprecedented in the United States but is not unknown elsewhere in the world, where trade councils sometimes function as alternatives to unions.

Already, workers in Michigan have aired the possibility of creating a similar council, though not one focused on the fast-food industry. A suggestion to create one on a national basis for healthcare workers has also been posed.

The intense lobbying by both advocates and opponents of the Fast Act is expected to continue near-term. Under the rules of the California legislature, a vote on the bill needs to take place by Aug. 31 to keep the measure alive.

There is no consensus on how the Senate is likely to vote.