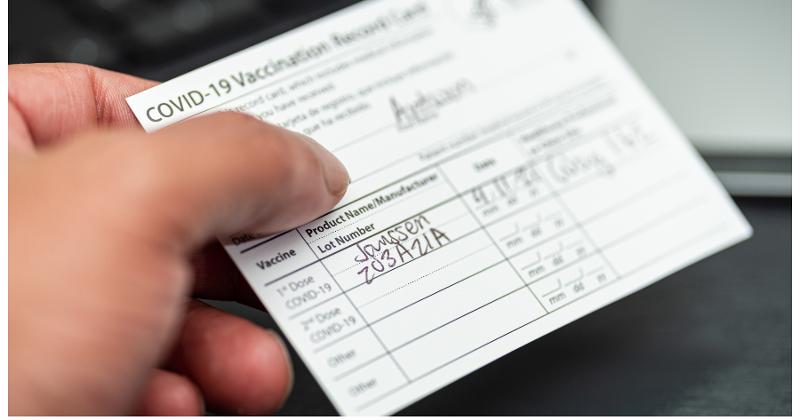 Florida restaurants that terminate an employee for refusing to abide by the Biden administration’s workforce vaccination mandate may face a $50,000 fine under a contradictory law enacted last week by the state.

The state measure prohibits private-sector employers from imposing a COVID-19 vaccine requirement on their workers unless a number of specified exemptions are also offered. Those exceptions extend beyond the limited outs provided under the federal requirement.

For instance, Florida employers who want to set a vaccine requirement must excuse any employee who is or anticipates getting pregnant, or who wears a face mask and other personal protection equipment (PPE) in lieu of being inoculated.

Neither of those exemptions are included in the pending federal rule, which has been put on hold until a federal court determines its constitutionality. It is slated to take effect on Jan. 4 for companies employing at least 100 workers.

Both the state and federal measures provide employees the option of periodically getting tested for COVID-19 instead of being vaccinated. But under the directive issued by the White House, employers are not required to pay for the testing. The Florida law puts that financial burden on the company, not the employee.

It also requires employers to pay for the PPE that an employee uses to be exempted from a vaccine requirement.

Both measures provide exemptions for religious or health reasons. But the federal government has already indicated that covered restaurants and other employers can override the religious exemption if it poses more than an insignificant financial burden on the employer.

The national requirement does not provide an out for employees who are pregnant, much less those who anticipate someday being pregnant. Nor does it exempt employees who've already contacted and recovered from COVID-19, as the Florida measure permits.

The Florida law, hammered out during an emergency legislative session called by Gov. Ron DeSantis, sets steep penalties for dismissing employees because they sought one of the exemptions provided in the state’s measure but not in the federal requirement. A violator with fewer than 100 employees is subject to a $10,000 per fired staff member or violation. Companies with at least 100 employees, the threshold of the federal mandate, face a $50,000 fine.

Florida is home to a number of large restaurant employers, including Olive Garden parent Darden Restaurants; Outback Steakhouse owner Bloomin’ Brands; and Burger King and Popeyes franchisor Restaurant Brands International. On an individual-restaurant level, it hosts more eating places than any other state except California and Texas.

A Bloomin’ spokesperson said the Florida law has not changed its approach to vaccinations. The casual-dining giant said it intends to continue encouraging employees to get inoculated while looking into the federal mandate.

Similarly, a Firehouse Subs spokesperson indicated that the sandwich chain, newly acquired by Restaurant Brands International, intends to see what happens with the federal requirement.

On Friday, the day after DeSantis signed the bill into law, The Walt Disney Co. alerted employees of the Walt Disney World mega-resort in Orlando, Fla., that they would no longer be required to provide proof of vaccination as a condition for working there. An internal memo cited by local media said the entertainment giant was no longer able to enforce a vaccine requirement imposed in July.

Florida’s law sets up a struggle over jurisdiction with the Biden administration, which has maintained since the president proposed the nationwide employee mandate on Sept. 9 that it has the constitutional authority to impose it. The emergency measure is already facing a challenge of its legality in a suit assigned to a Cincinnati district appeals court. That measure is a consolidation of 34 individual legal challenges brought by states, associations and at least one restaurant operator, Gulf Coast Restaurant Group.

Florida is not the only state that’s taken action to undermine Biden’s plan. Texas Gov. Greg Abbott issued an executive order in October that prevents any employer in the state from imposing a vaccine mandate on its employees.

Texas, like Florida, is home to a sizable number of restaurant companies and suppliers, including Chili’s parent Brinker International, TGI Fridays, Landry’s Restaurant Group and Sysco.

Ohio’s House of Representatives passed a bill last week that would prohibit local employers from imposing a vaccine mandate on employees. The measure now moves to the state Senate.