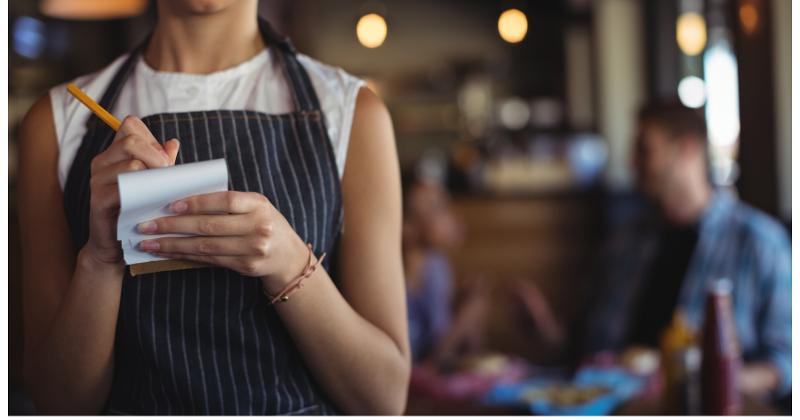 New research has tied the high incidence of sexual harassment within the restaurant industry to a combination of two long-standing traditions of the business: Encouraging employees to smile, and having servers depend on tips for a big portion of their compensation.

The findings come from two related studies by researchers affiliated with three universities. The academics’ conclusions are likely to stoke labor advocates’ assertions that restaurants should be denied the legal right to count servers’ tips toward the wages they’re due. Groups such as union-backed One Fair Wage are pushing the federal government to kill the so-called tip credit on a national basis. The concession to employers is already outlawed in seven states.

The Biden administration has repeatedly shown support for ending the tip credit by federal law, a change that would significantly increase the labor costs of restaurant employers already hiking their pay scales because of severe difficulties in recruiting as the pandemic wanes.

The interconnected new studies were jointly conducted by researchers from the University of Notre Dame, Pennsylvania State University and France’s Emlyon Business School. They validate to a degree the findings of earlier research by labor advocates, though in far less incendiary language.

A 2018 report from Restaurant Opportunity Centers, for instance, held that the prime reason for the harassment of servers was their dependence on tips. It also blasted the industry’s reliance on gratuities as sexist, since the majority of servers are female.

The Notre Dame-led research breaks new ground by basing its conclusions on customer perspectives as well as the recollections and perceptions of servers.

First, the team asked 92 servers for information on how much of their income comes from tips; whether their employers expect them to adopt a smiling, pleasant attitude; how much power they believe they can wield against guests acting inappropriately; and whether they’ve been sexually harassed on the job. Sixty-six percent said they had been subject to inappropriate behavior within the prior six months.

In the second study, 229 men were recruited to provide the perspective of customers. The participants were served by waitresses bearing a variety of facial expressions. The men were informed of their server’s dependence on tips for their livelihoods, with the degree varied for purposes of comparison.

The men were then asked about how empowered they felt to take liberties with the female servers.

“Our findings for each [study] were the same—employees who rely on tips face more sexual harassment, but only when required to engage in ‘service with a smile,’” said Timothy Kundro, the assistant professor of management and organization at Notre Dame’s Mendoza College of Business. He served as lead author of the study.

“Service employee dependence on tips and requirements for friendly displays lead customers to experience a heightened sense of power — which can lead them to engage in sexual harassment,” Kundro concluded in a prepared statement.

The restaurant industry has a longstanding reputation as a business with a high incidence of sexual harassment. Restaurant workers report more sexual harassment complaints than do the employees of any other U.S. industry, according to Equal Employment Opportunity Commission data. However, the industry is also the nation’s second-largest private-sector employer, behind healthcare.