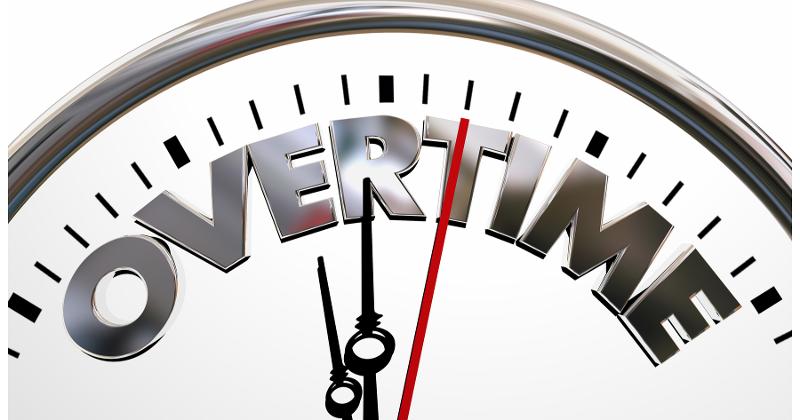 With staffs depleted by recruitment and retention difficulties, members of the smaller teams are often working more than 40 hours per week to offset the lower headcount. That entitles them to at least 1.5 times their usual wage for the hours exceeding a traditional workweek. Employers are paying 50% more for those hours than they would if another person were available to work them.

It’s a matter of fewer bodies meaning more shift time for each.

“We're paying a lot of overtime because we can't staff for all our shifts unless we pay overtime,” Michael Weinstein, CEO of multi-concept operator Ark Restaurants, said in explaining his company’s soaring labor expenses. “Our back-of-the-house kitchen employees are all working six days [a week], and they're all being paid overtime.”

At the same time, the quantum leap in infections from the omicron surge knocked many restaurant employees out of commission for days or weeks at a time, giving more work to the team members who remained healthy. The infection rate for BJ’s Restaurants increased to six times what it was during earlier surges.

In addition, many operators say their newest recruits are often unfamiliar with restaurant work and their assigned roles. Having to learn on the job, they’re less efficient than a veteran would be. The work takes more time to complete, lengthening their workdays.

“You're experiencing additional training dollars to get them up to speed, additional overtime dollars to cover more shifts than some staff may be able to [handle],” Denny’s CEO John Miller told investors in explaining his chain’s 14.8% jump in wage rates during the fourth quarter of 2021.

Randy Garutti, CEO of Shake Shack, cited the same dynamic in explaining the extra wage inflation his charge is feeling. So did Jack Hartung, CFO of Chipotle Mexican Grill. And Steve Hislop, CEO of the Chuy’s casual Tex-Mex chain, whose wage rates jumped 12.6%.

Still, Denny’s Miller said he views that situation as a positive because the extra expense should be temporary.

“Within that 14.8%, there's 0.5 to 1 [percentage] point that ultimately goes away as we get further into a seasoned staff,” Miller explained. “For the moment, it's really good from the standpoint that we are getting back to that level of staffing.”

Ark’s Weinstein agrees: “As people come back into the job market, we will not be paying these excessive overtime fees.”