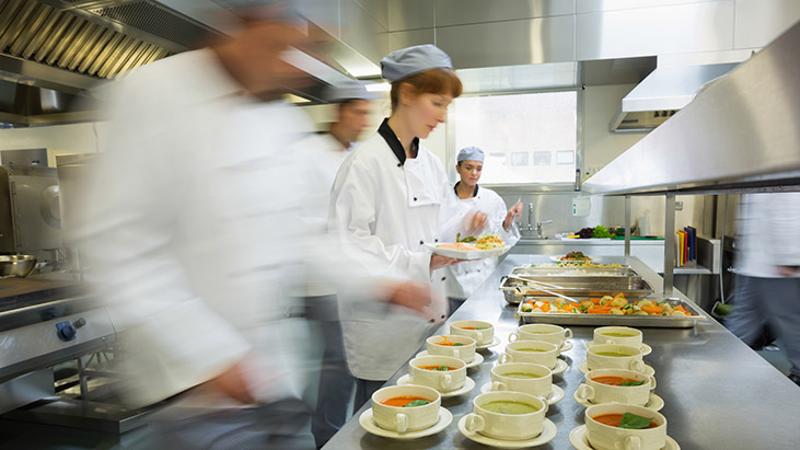 In today’s rigid labor market, restaurant operators have made headlines launching education benefits, referral bonuses, competitive wages and career development programs to attract workers and coax existing staff into sticking around. However, an exclusive report from research firm TDn2K suggests that those innovations are more novelty than the norm for the industry.

TDn2K, the creator of People Report, surveyed 90 corporations representing more than 200 restaurant concepts for their 2017 Corporate Compensation and Benefits Report, mining for trends on wages, bonuses and perks. “Against what you would think would be the new mentality of ‘We need to provide some new incentives for people to stay,’ what we’re seeing in the data is the opposite, with not many changes,” says Victor Fernandez, executive director of insights and knowledge for TDn2K. Instead of offering meaty compensation packages to quell the industry’s labor conundrums, operators seem to be tightening their well-worn belts.

Higher pay for hourlies puts a dent in manager benefits

No rock is big enough to hide restaurateurs from the reality of labor costs weighing down their balance sheets. In 2007, restaurant chains allocated 15.9% of their total sales on salaries, bonuses and benefits for hourly employees. Today, that number has risen to 19.2%, according to TDn2K’s research.

However, the overall percentage restaurants spend on manager salaries, bonuses and benefits remains notably unchanged from a decade ago, says Fernandez, hovering at 9.4% of total sales. But there’s more to the story: Restaurateurs are spending slightly more on managerial salaries and bonuses, and slightly less in benefits and taxes, evening out overall.

“We think companies are having to adapt to mandated benefits, minimum wage going up and labor markets heating up,” Fernandez says. “At the same time, they’re trying to control a little better what’s happening on the manager side to try to mitigate some of that.”

For instance, the restaurants TDn2K surveyed report that they’ve scaled back target bonuses by about 1% for general managers compared to 10 years ago; in real dollars, that translates to GMs making less today than they were 10 years ago, Fernandez says.

“GMs have all the added complexity of technology, speed of service and social media scrutiny, and compensation might not be keeping up with what’s happening here,” Fernandez says.

Trendy perks slow to catch on at restaurants

Far from the quirky perks of Silicon Valley, benefits in the restaurant industry are slow to evolve, Fernandez says. In fact, “Within the hourly population and restaurant employees overall, we’re seeing some benefits being scaled back, which might be a consequence of trying to control growing labor costs,” he says.

While much has been made of McDonald’s, Starbucks, Dunkin’ Donuts and some smaller chains’ foray into tuition assistance, 40% fewer companies are offering education benefits today than in 2014, according to the report.

Additionally, the survey shows investment in professional development such as training programs and seminars is down overall for full-time employees, but up among lower-level managers. “This might be an effort by companies to develop that next generation of leaders to go into general management and beyond for the company,” he says.

Although many benefits are falling out of fashion with restaurants, other new benefits are indeed creeping in. College saving plans and eldercare are both up by 3% in the last few years among respondents. “Birth rates are going down and less people are having children, but most people are going to have worry about parents,” Fernandez says.

Unconventional perks are finding their way into some restaurants’ compensation plans. More respondents report offering trendy perks such as working from home for corporate employees and managers, and pet insurance for all levels of workers, than in the past.

“People care about eldercare, flexible schedules and their pets,” says Fernandez. “Slowly, the industry might be starting to respond to those benefits that people really care about.”

Time off gets personal

On average, the chains in TDn2K’s survey offer managers around three sick days per year. And about 10% fewer companies offer designated personal days now than in 2014.

“A shift toward more of a part-time environment makes it harder to offer a lot of these things,” Fernandez says. “It’s harder to offer a personal day off to someone who is just working a couple hours per week, especially now with the gig economy and some restaurants playing more with staffing technology and companies.”

Among all segments, quick-service restaurants are leading the industry in terms of personal days, according to the report. Around 40% of QSR chains allow staff to take a personal day, which is nearly double the percentage of companies offering the benefit in other segments.

“About 40% of terminations last year in the restaurant industry were people who were employed less than 90 days,” Fernandez says. “So there’s that pressure of justifying the cost of benefits when a lot of times you might not see a direct return on all of them.”

To learn more about how operators are attracting and retaining talent, register for TDn2K’s webinar on Compensation Practices Winning the Workplace, sponsored by Restaurant Business, on August 30 at 1 p.m. CDT.