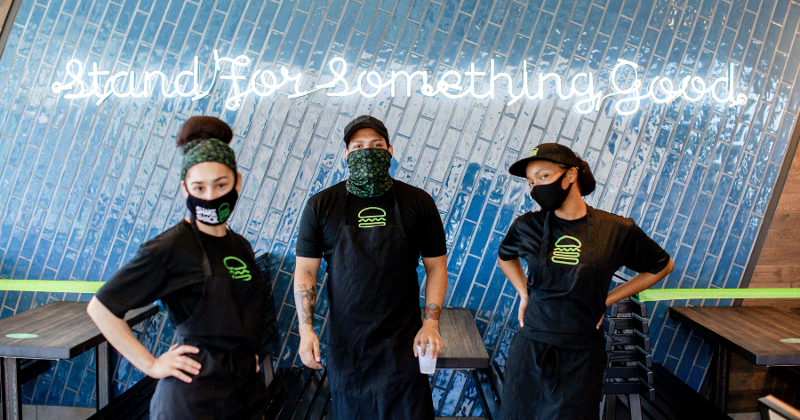 As a thank-you to employees for persevering through a historically difficult time, Shake Shack and Papa John’s International are each providing their workforces with holiday bonuses this year.

Shake Shack said it will provide each of its hourly workers with an extra $250 to $400 by year’s end. All told, the better-burger brand said, its 7,500 employees will have received an additional $6 million in pay this year to help them through the pandemic.

Papa John’s did not reveal how much its crew members will individually receive but noted that the end-of-year bonuses would total $2.5 million.  The money is in addition to the bonuses that executives and corporate personnel are due for a landmark sales year for the pizza brand.

“Never has Papa John’s growth and success depended on our team members’ hard work, steadfast dedication and commitment to safety as much as this year,” CEO Rob Lynch said in a statement announcing the bonuses. “In particular, our front-line workers in our restaurants and supply chain have been a constant source of positivity and commitment throughout this challenging year, enabling Papa John’s to deliver to millions of new and returning customers.”

The pizza chain is having what is arguably the best year in its history, with same-store sales rising 23.8% for the brand’s North American operations during the third quarter ended Sept. 27.  Net income soared more than 300%, to $15.7 million.

Shake Shack has had a more difficult time during the pandemic. Same-store sales fell by 31.7% on a 42% drop in systemwide traffic for the quarter ended Sept. 23.