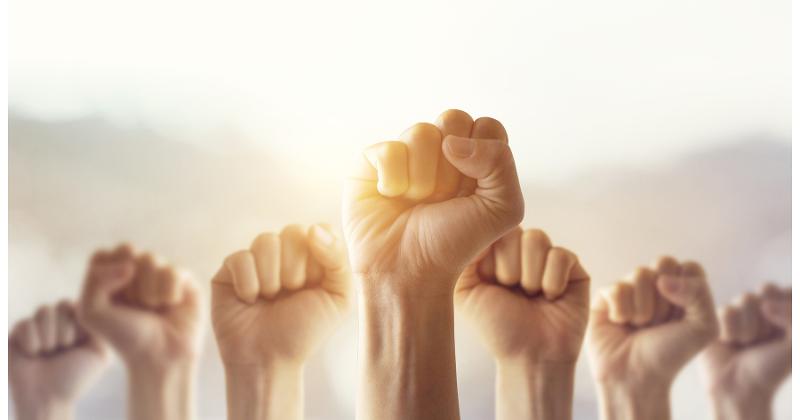 A group dedicated to ending the tip credit said it is commencing a $25 million campaign to kill the employer concession in 25 states by 2026.

The group, One Fair Wage, did not say how the funding will be used. But it noted that a variety of initiatives are underway in a multitude of states and local jurisdictions to halt the practice, from a ballot initiative in Washington, D.C., to legislation banning the practice in New York. Saru Jayaraman, the Yale Law School graduate who serves as One Fair Wage’s president, noted during the event that New York and Illinois would be definite targets of the effort. She also mentioned California, but that state does not permit employers to take a tip credit.

Other speakers said they are part of tip-credit repeal efforts underway in Michigan. The roster of presenters included U.S. Rep. Pramila Jayapal, chairman of the Congressional Progressive Caucus, who indicated that she supports a measure to ban the tip credit on a national basis.

One Fair Wage has also used litigation to challenge use of the tip credit. It sued Darden Restaurants, parent of the Olive Garden and LongHorn Steakhouse chains, to halt the casual-dining giant’s use of the tip credit on the grounds that the practice is discriminatory. The group cited proprietary research that showed White servers tend to be tipped better than Black servers. The court dismissed the case, which was brought on behalf of One Fair Wage rather than a Darden employee, because the group did not demonstrate that it had standing to sue; no evidence had been provided that One Fair Wage had suffered an ill effect from Darden’s pay policies.

During the press call, One Fair Wage also did not reveal the source of its funding. The group is affiliated with Service Employees International Union (SEIU), the deep-pocketed labor powerhouse behind the ongoing effort to unionize Starbucks unit by unit. About 86 stores are in various stages of that organizing effort.

One Fair Wage said during the Zoom call that many employers are already paying far more than the direct wage they’re mandated to provide directly to servers, bartenders and other tipped employees. Speakers cited that trend as proof of their movement’s validity and success.

The presenters more often sounded the usual argument that the lower minimum wage permitted in the 43 states with a tip credit on their books is unjust, since it’s often just half the wage mandated for nontipped co-workers.

A tip credit allows restaurant employers to directly pay tipped workers less than the required minimum wage if their income from gratuities brings them up to the mandated legal limit. Under federal pay requirements, for instance, a restaurateur is obliged to pay each unsalaried employee at least $7.25 an hour. The operator can pay servers as little as $2.13 an hour if tips provide them with the $5.12 that brings them up to $7.25 an hour. If gratuities do not provide the difference, the employer has to increase the direct wage to reach the $7.25 threshold.

Speakers glossed over that obligation to pay any shortfall from the minimum wage in their criticisms of the tip credit. They also sounded One Fair Wage’s argument that the tip credit is discriminatory, because it most often figures into the pay of minorities and women, and promotes sexual harassment because of the leverage it provides male diners. According to Jayaraman, female servers are constantly being asked during the pandemic to lower their face masks “so we can see your cute face.”

Speakers also sounded their assertion that the tip credit arose from slavery, which differs from historical accounts. They described gratuities as a way for Whites to avoid having to pay wages to newly freed former slaves. In fact, according to social historians like Kerry Segrave, the practice didn’t take hold until the end of the 19th century and the beginning of the 20th, or more than three decades after emancipation. Those accounts suggest that the spread of railroads in the U.S. and Prohibition were more instrumental in popularizing the practice of leaving a tip.

In addition to One Fair Wage representatives and a variety of elected officials, the press conference featured actress and veteran activist Jane Fonda.