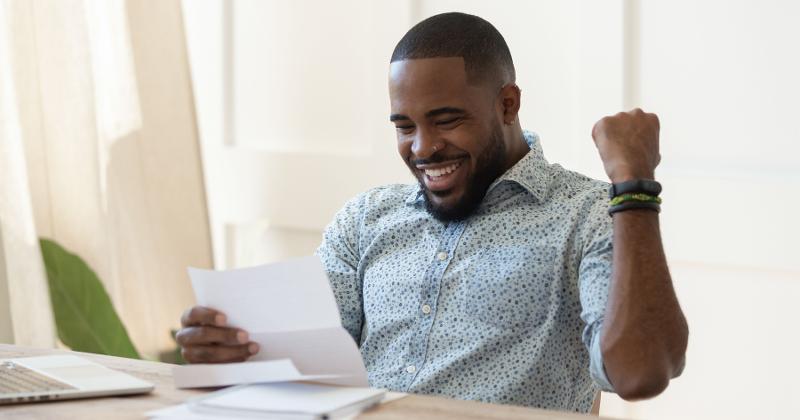 When consumers get extra cash, they are likely to dine out. /Photography courtesy of Shutterstock.

California began sending out about $9.5 billion to 23 million California residents this week, one of the largest inflation relief efforts coming from a number of states across the country.

Dubbed the Middle-Class Tax Refund, the relief checks in California will put up to $1,050 back into the pockets of Californians who qualify. The relief funding was issued to those with direct deposit starting Oct. 7, and others are scheduled to begin receiving checks in the mail this week.

And Californians are not the only ones getting a little booster shot of cash.

While the goal is to offer support to Americans struggling with inflation and higher interest rates, some economists contend that handing out cash can make matters worse by contributing to higher prices.

Restaurants, however, are expected to benefit from that financial bonus—in particular, QSR brands.

After the first round of stimulus checks went out in December 2020, consulting firm Revenue Management Solutions (RMS) saw a potential sales lift ranging from about 3% to 12%. One QSR client saw sales increase nearly 13% for the first week in January, with traffic up 8.7%, as a direct result.

Of course, the economic climate has changed dramatically since the end of 2020, notes Richard Delvalle, RMS’ senior vice president of consulting. Now consumers are facing rising costs from the grocery store to the gas pump.

In a recent survey, RMS found 45% of consumers said they are eating out less and a growing number say they are choosing less expensive options or more value-focused restaurants.

But a “little cushion” in the form of a relief check could change perception to encourage restaurant spending, Delvalle said in an email.

Here’s a rundown of state relief funding and when the cash injection is expected to reach consumers:

California: Payments will range from $400 to $1,050 for couples filing jointly; and $200 to $700 for individuals, depending on their income and claimed dependents. The payments will be distributed between Oct. 7 and Nov. 14 for those that allow direct deposits. Debit cards with the funds will be delivered between Oct. 25 to Jan. 15.

Virginia: Taxpayers will receive up to $250 for individuals and $500 for joint filers with rebate checks expected to be issued by Oct. 31 for those eligible.

Maine: Relief checks of $850 are being sent to an estimated 858,000 Mainers under certain income thresholds on a rolling basis, beginning in June.

South Carolina: Lawmakers approved a tax rebate in June that will bring up to $800 back to taxpayers who file by Oct. 17. The checks are expected to be issued before the end of the year.

Idaho: A rebate of $300 for individuals and $600 for joint filers (or 10% of the taxpayers 2020 income taxes, whichever is greater) is scheduled to go out to Idaho taxpayers, in the order their tax returns were received. The state tax commission expects to send about 800,000 rebates totaling up to $500 million by the end of March 2023.

Indiana: State residents were eligible for two taxpayer refunds totaling about $325 for individuals and $650 for those filing jointly by Nov. 1.

Minnesota: Frontline workers who were eligible for about $487 in extra pay were notified by Oct. 7. Gov. Tim Walz has proposed sending $500 in “Walz checks” to state residents ($1,000 for couples) earning less than a certain amount. The funding would come from a $9.25 billion budget surplus, but still needs to be approved by the legislature.

Colorado: A tax rebate of $750 for individuals and $1,500 for joint filers began arriving over the summer, and state officials were promising the Colorado Cash Back checks would be issued to all who are eligible by the end of September.

Georgia: Residents over the summer received additional refunds from their 2020 taxes ranging from $250 for individuals to $375 for heads of households and up to $500 for those filing jointly. The refunds were expected to be issued by early August.

Delaware: One-time payments of $300 per individual began going out in May but those who haven’t yet received a relief rebate have a last chance to apply in November.