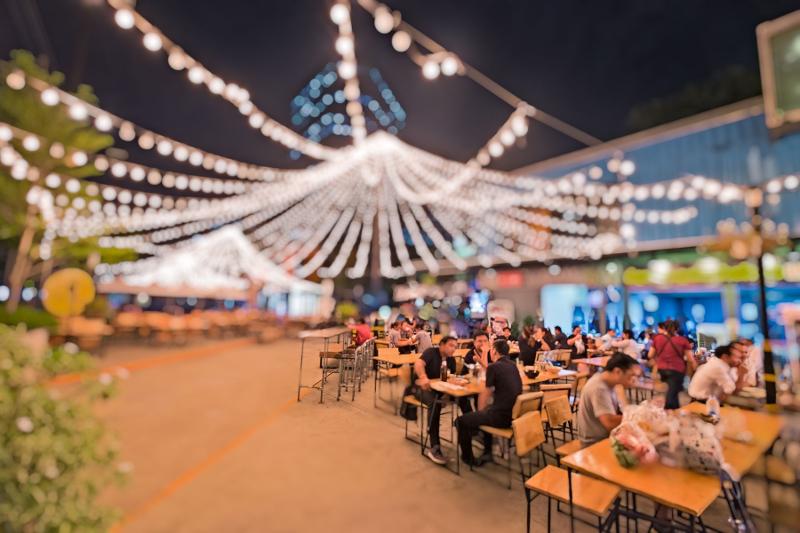 Whenever they get extra cash, consumers typically use it at restaurants. They demonstrated that in April once they got their first round of stimulus checks. And they’ve proven it again this month once the second round showed up with what may likely be the industry’s best performance since the pandemic began.

According to Black Box Intelligence, for instance, same-store sales and traffic improved in the first two weeks of January at rates not seen since early March.

The data supports comments from numerous executives, both in this publication and in mainstream news sources. Chris Dharod, whose SSCP Management operates 70 Applebee’s among other units, said his Texas locations in the brand posted positive same-store sales earlier this week—one of only a handful of times that has happened since the start of the pandemic.

“There’s probably some stimulus in this month, obviously,” CEO Wyman Roberts told investors on Wednesday, according to a transcript on the financial services site Sentieo. “Those checks have been out. That couldn’t hurt. It can’t hurt when the government throws significant dollars into the economy.”

Anyone who has watched the industry for any length of time should know the drill by this point. Once consumers are given some extra cash, they will spend a lot of it at restaurants. Low gas prices? Spend the savings at fast-food restaurants. Income increase this month? Go out to eat a couple of times. Income tax check come in? Restaurants. The government just sent some stimulus cash? You guessed it.

When Congress approved an initial round of stimulus late last March, it was an open question whether consumers would respond by eating out, given the quarantine and the fear of getting sick. But consumers quickly dashed those fears in April by making sudden returns to restaurants wherever they’ve felt safe.

In the months since, they grew more comfortable eating in restaurants. In addition, everybody is pretty sick of staying inside. There are few options for entertainment, especially in the cooler months, which makes the restaurant an easy place to spend a few extra dollars. The result at least thus far has been a boon to the industry.

The problem with one-time stimulus payments, however, is they are temporary. Consumers ultimately return to their prior levels of spending and the temporary surge disappears. Yet there remains a possibility of potential additional stimulus in the coming weeks.

The reopening of the economy could provide restaurants with a subsequent boost after whatever stimulus high wears off, much like reopenings of dine-in restaurants did last year. That said, it’s also possible consumers redirect some of their spending after the economy opens up and they do things like go to movies or amusement parks.

Still, the numbers from January are proving stronger than many of us might have predicted. And that gives the industry confidence in a strong recovery.