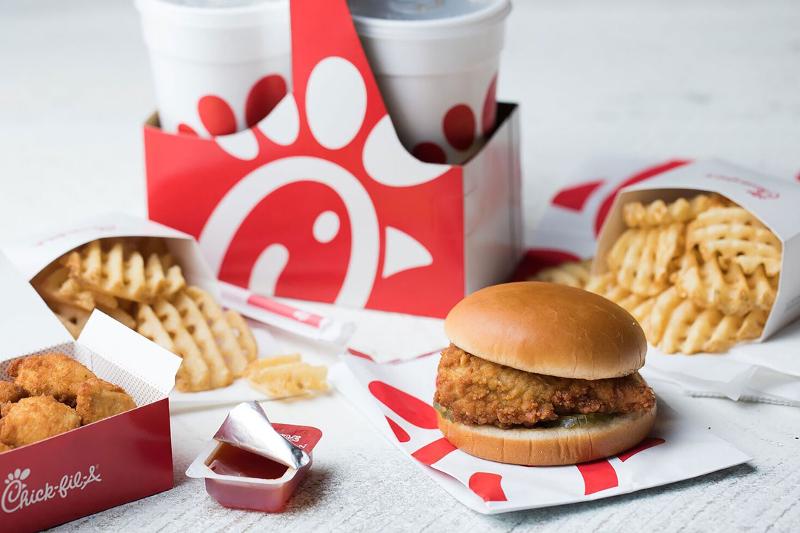 Photo courtesy of Chick fil A

Chick-fil-A remains the most popular restaurant choice for teens, according to the latest “Taking Stock with Teens” spending survey from financial services company Piper Sandler.

The firm releases the survey twice a year, and Chick-fil-A has now topped the restaurant-spending list seven times in a row.

Starbucks and Chipotle held on to their No. 2 and No. 3 spots, respectively, followed by Dunkin at No 4., and In-N-Out and McDonald’s tied for the fifth spot, according to the survey, which was released Wednesday.

Teen spending took a pandemic-prompted dip, falling to the lowest in the survey’s 20-year history, but it has rebounded about 1% to $2,165 annually per person, the survey found. Food remains teens’ top priority, making up 23% of their overall spending.

The latest survey examined spending trends and brand preferences of 7,000 teens in 47 states, with an average age of 16.1 years. The consumer group contributes about $830 billion to U.S retail sales annually, Piper Sandler said. The survey found that 33% of teens hold a part-time job, down from 37% pre-pandemic.

The group is socially conscious, citing racial equality and the environment as their top issues. Some 15% of those surveyed said they consume plant-based meat, with Impossible and Beyond Meat tied as the top choices.

Just over 40% of teens remain in online school full-time, the survey found. And 69% of teens said they plan to receive a COVID vaccine when it’s their turn, up from 64% in the fall.