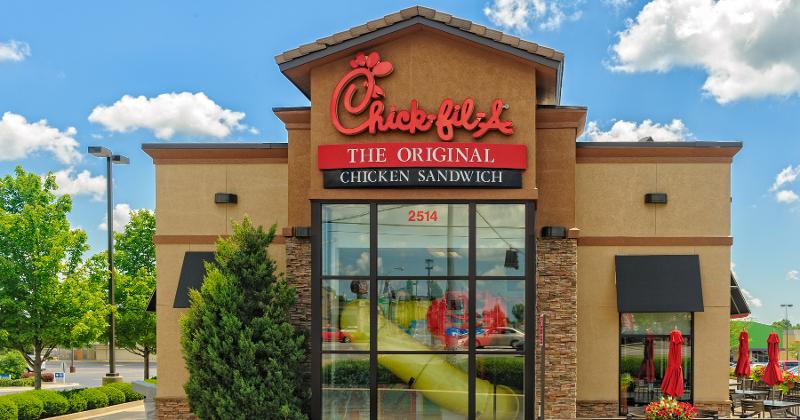 Your teenager probably wants to go to Chick-fil-A.

The Atlanta-based chicken QSR once again topped the semi-annual Taking Stock with Teens spending survey from investment bank Piper Sandler Companies, as it has for several years.

Chick-fil-A earned a 16% “share of wallet” in the survey, up two percentage points from just last October.

The ranking surveyed discretionary spending and brand preferences among 7,100 teens across the country from February 16 to March 22.

Coming in just behind Chick-fil-A on the list was Chipotle Mexican Grill, followed by Starbucks, McDonald’s and Dunkin’.

Chipotle made a big jump on the list, gaining 300 basis points of share over the previous ranking.

In potentially good news for restaurants, the survey found that teens are spending more. Their self-reported spending grew to $2,367, a 9% increase year over year.

Young women were the primary drivers of that spending increase, with their overall discretionary cash outlay jumping 9% year over year (though a good percentage of that money went to clothing and shoes, the survey found).

Cash is by far the most popular payment method for teens, though ApplePay ranks No. 1 for payment apps.

This demographic is a big consumer of social media, saying they spend roughly four hours a day on various apps. For the first time, TikTok overtook Snapchat as the group’s favorite social media platform.

But one finding from the Piper Sandler survey might give restaurant operators pause:

It appears that teens’ desire to try plant-based menu items is plummeting.

Last spring, 49% said they regularly consume or are interested in testing out faux meats. This year, just 43% expressed similar interest in plant-based meats.