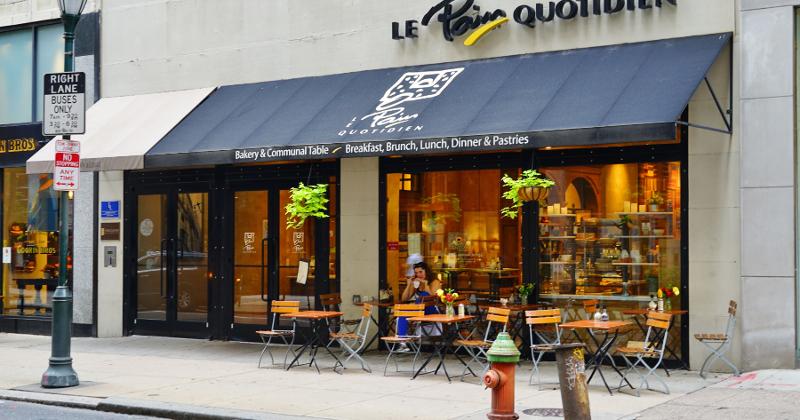 The U.S. arm of Le Pain Quotidien and The Little Beet chain have been brought together under a new operating platform dubbed Convive Brands, the parent company said Friday.

Based in New York, Convive Brands will also include the single-unit full-service Table by Little Beet, a casual-dining variation of The Little Beet. The company will be led by Jon Weber as CEO.

But the three brands under the Convive banner are not straying far from the Aurify family.

Aurify co-founders John Rigos and Andy Stern will continue as investors in Convive Brands. In addition, the investment firm Eldridge Industries, which has supported Little Beet in the past and financed Aurify’s acquisition of Le Pain Quotidien’s U.S. branch of restaurants, is also a backer of the new Convive.

“This transition of the brands from Aurify to Jon and the team at Convive is consistent with our vision of identifying and scaling brands with potential to a certain stage and then having a talented team take them to the next level,” said Stern in a statement. “We are confident that under Jon’s leadership and as part of the new Convive platform, the brands will achieve tremendous growth and success.”

Founded in Belgium in 1990, LPQ had at one point grown to more than 250 units internationally, but the company filed Chapter 11 bankruptcy in 2020. Aurify acquired the franchising rights to the brand in the U.S. for a proposed $3 million. At the time, there were about 98 licensed locations in the U.S., though most were closed because of the pandemic. Aurify brought the brand back as restaurants reopened.

Little Beet was founded in 2014 in New York City under Aurify, and was a pioneer in a wave of healthful vegetable-forward concepts that include Sweetgreen and Tender Greens. Little Beet’s menu is entirely gluten-free, and the chain operates in the greater New York area and Washington, D.C.

Convive Brands said it is building a leadership team and developing proprietary tools, processes and infrastructure to scale the three brands across the U.S.

“With the launch of Convive Brands, we are creating a new platform that will support meaningful growth, value creation and opportunity for our team members,” said Weber in a statement. “Le Pain Quotidien, Little Beet and Table by Little Beet are high-quality brands, and we are excited to help them flourish.”