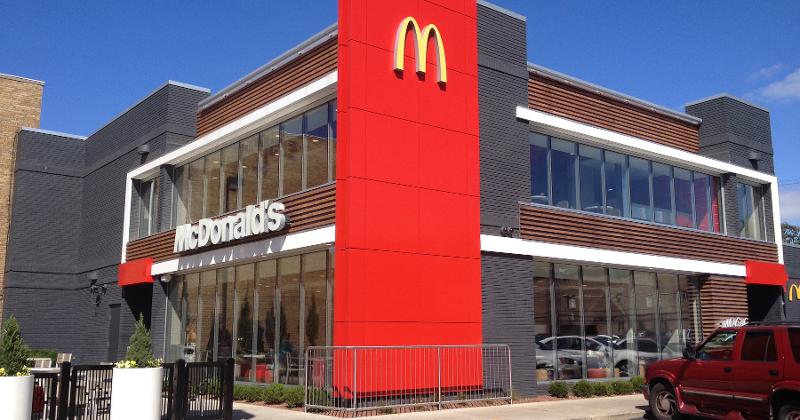 The lawsuit, filed in a federal court in Illinois on Tuesday, accuses the company of using “strong-arm tactics” to drive certain franchisees out of the system, frequently targeting African American operators at a higher rate.

And it says the company largely abandoned the African American market, saying that it stopped advertising to that customer base, resulting in a steep decline in black customers.

The percentage of African American customers at McDonald’s declined to 14% in 2019 from what the lawsuit says was a historical rate of 20%.

“In shocking ways difficult to overstate, McDonald’s under Easterbrook and Kempczinski declared war against the African American community,” the lawsuit says.

McDonald’s denied the characterization of the company in the lawsuit, but said it is reviewing the allegations.

“At McDonald’s, our actions are rooted in our belief that a diverse, vibrant, inclusive and respectful company makes us stronger,” the company said in a statement. “In the U.S. in particular, 45% of corporate officers are people of color and all U.S. field vice presidents are people of color. While we disagree with characterizations in the complaint, we are currently reviewing it and will respond accordingly.”

The lawsuit represents a major test for Kempczinski, who was thrust into the CEO role in early November when Easterbrook was fired over a consensual relationship with a staffer. On Monday, Kempczinski sent a letter to employees as he looks to focus the company on its “core values.”

The lawsuit names Easterbrook, Kempczinski and Charlie Strong, a zone president for the company’s Western U.S. markets, and whom the lawsuit says was used to carry out Kempczinski’s and Easterbrook’s “ruthless humiliation and expulsion of highly qualified African Americans.”

The lawsuit says that McDonald’s terminated 30 African American officers and demoted five others, including Guster-Hines and Neal, reducing the number of such executives from 42 to seven between 2014 and 2019.

But that reduction came as the company cut back on corporate overhead, thinning its number of executives overall. A company source said that the reduction in African American representation was proportionate to the overall reduction in the number of corporate officers.

It also says that the McDonald’s African American Council, or MA2C, “strangely went dormant” after Easterbrook was hired in 2015. Programs to support the African American talent development pipeline “quietly went away.”

The lawsuit says that Guster-Hines and Neal both protested the decline in the number of black franchisees. Nearly 1 out of 3 black operators have left the system since Easterbrook arrived, which the lawsuit says is “disproportionate to the loss of non-African American franchisees.”

The lawsuit says that the company has been using “strong-arm tactics to drive unwanted franchisees out of the system,” such as by grading franchise restaurants, for instance. The company then prevents the operators from selling their restaurants on the open market, pushing the stores to preferred operators.

“All McDonald’s franchisees are vulnerable to these strong-arm tactics,” the lawsuit says. But African American franchisees were disproportionately affected by these efforts, which drove them out in record numbers.

The complaint says that Guster-Hines and Neal were labeled “angry black women.” The lawsuit says McDonald’s “purged” its senior leadership of black executives, arguing that they were “less necessary” given that the company had fewer black customers and fewer black franchisees.