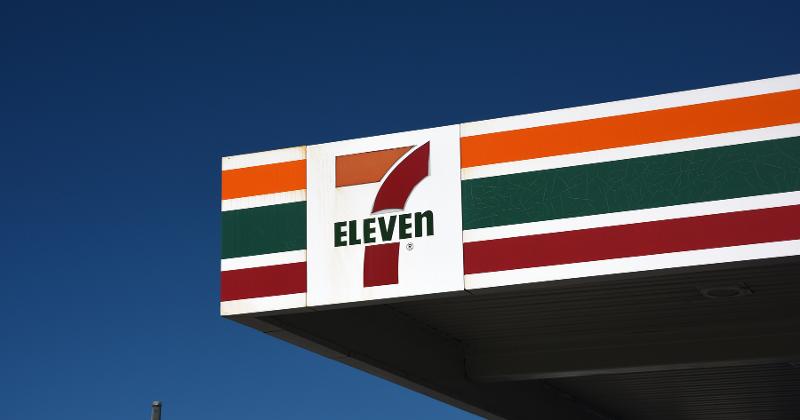 Advocates for franchisees are pushing the FTC to investigate the business model./Photograph: Shutterstock

The formal request comes from Subway operator and franchisee advocate Keith Miller and the National Coalition of Associates of 7-Eleven Franchisees, a group of operators for the convenience store chain. The investigation would focus on nine high-profile franchises, including the sub chain Subway, the fast-casual barbecue concept Dickey’s as well as 7-Eleven.

“Franchisees invest a substantial amount of their own money, take loans … and enter long-term obligations for franchised businesses in order to support themselves and their families,” the petition said. “But for all too many franchisees, the promise of entrepreneurial success gives way to shockingly one-sided franchise agreements and unilateral decision making by franchisors, building on a relationship which looks more like investing in an employment relationship than an arm’s length business partnership.”

The request, which was filed formally this week, comes as the FTC itself has signaled that it plans to scrutinize franchise contracts more heavily.

In a memo to staff last week, FTC Chair Lina Khan said that among the agency’s policy priorities would focus on “take-it-or-leave-it contracts” that impose various unfair or deceptive practices. Among the provisions it mentioned include non-compete clauses, repair restrictions and exclusionary clauses in contracts.

The repair restrictions notably have been scrutinized more heavily of late amid the controversy over McDonald’s ice cream machines, which frequently don’t work and which operators have to go through the maker to get fixed.

“We have seen how market power abuses and consumer protection concerns can emerge when one-sided contract provisions are imposed by dominant firms,” Khan wrote. “Consumers, workers, franchisees and other market participants are at a significant disadvantage when they are unable to negotiate freely over terms and conditions.”

Khan’s comments and the investigation request add to a growing push for more franchise regulation, following a number of controversies that highlight what many say is a one-sided relationship that often puts franchisees at a disadvantage.

That includes controversies at the eight franchises that Miller and the 7-Eleven coalition want the FTC to investigate.

Subway is the largest U.S. franchise by unit count, and largest restaurant chain by that same measure, but its franchisees have closed more than 5,000 locations since 2016. Its development agents, who have historically been responsible for selling franchises and splitting the royalties, have come under scrutiny for their sales tactics over the years and more recently for terminating some franchisees and taking over their restaurants.

The company itself has also come under fire from franchisees more recently for a new franchise agreement. That agreement, which operators must sign if they want to continue operating after their old deals expire, requires them to pay a higher royalty rate of 10%. They also get a choice of staying at 8% under a deal that features what operators say are more onerous and expensive requirements.

In a statement, Subway said it is focused on operator profits. “Franchisee profitability is a top priority and core to our business model,” the company said. “We work hand-in-hand with our dedicated network of franchisees to provide them with the tools and support needed to grow their business and ensure long-term success.”

Dickey’s Barbecue Pit, meanwhile, has terminated a number of its franchisees while others closed their doors following its own rapid expansion in prior years. Operators have complained of the chain’s use of its advertising funds, among other things.

The company said that it would cooperate with any inquiry. It also noted that it supported its franchisees during the pandemic by creating new revenue streams, waiving franchise fees, built new technologies and temporarily abated royalties.

“Dickey’s Barbecue Pit has been in operation for 80 years,” Dickey’s said. “Since we began franchising our brand in 1994, the Dickey family, along with our entire leadership and support team, has been dedicated to creating opportunities for owner-operators to succeed while maintaining the highest standards for our guests.

“We are proud of our business model that has helped create so many successful franchise operators. While we intend to cooperate with any review, we are not aware of anyone we have ever worked with, done business with, or even spoken to that is involved in this petition.”

At 7-Eleven—one of the two largest franchises in the world—operators have complained recently about the company’s requirements that operators stay open 24 hours even though many franchisees can’t find workers willing to staff the stores overnight.

The convenience store chain has a long history of controversies with its franchisees over a range of issues, including some of its franchisee mandates and the price of gas.

In a statement sent on Tuesday, 7-Eleven said its business has been strong this year and operator turnover has been low.

“7-Eleven remains committed to supporting franchisees,” the company said in a statement. “This year, 7-Eleven franchisees are experiencing the strongest increases in sales, margin and gross profit performance in over four years. Less than 5% of stores turned over in 2020, which is consistent with our standard turnover rate for the past 10 years. Since the start of the COVID-19 pandemic, we have provided more than $185 million in incremental support for franchisees as they continue to serve their customers and communities.”

The investigation request also features five other companies, including hotel chains IHG Hotels and Resorts and Choice Hotels, along with The UPS Store, the computer repair chain Experimax, Supercuts and Massage Envy.

“Franchise agreements reflect a profound imbalance of contractual, economic and market power in favor of the franchisor and fail to give due regard to the legitimate business interests of the franchisee,” the petition says.

The investigation request asks the FTC to demand 115 pieces of information or documents from the different franchisors on a range of issues, including ownership, operations rules, the sale of gas, supply chain relationships, financials for both the company and franchisees, and cost metrics.

It is not the first such request of the FTC to investigate franchising. The group has sent several letters in the past three years and the Service Employees International Union made a similar request for an investigation of franchises in 2015.

The FTC does regulate franchises, requiring them to compile a massive prospectus for potential buyers known as the franchise disclosure document. But it almost never investigates or punishes violations of that regulation, leaving it up to a combination of civil lawsuits and a patchwork of state regulations.

But this year’s FTC is expected to take a harder look at franchise regulations under the Biden Administration, and pressure has been building on the agency to step up its enforcement of franchise contracts.

U.S. Sen. Catherine Cortez-Masto, a Nevada Democrat, over the summer called for more oversight of franchises after issuing a report detailing potentially unlawful practices among such businesses.

Khan’s comments certainly appear to suggest that the agency is receptive to the idea. “Consumers, workers, franchisees and other market participants are at a significant disadvantage when they are unable to negotiate freely over terms and conditions,” Khan wrote.

UPDATE: This story has been updated to add comments from 7-Eleven and Dickey's.