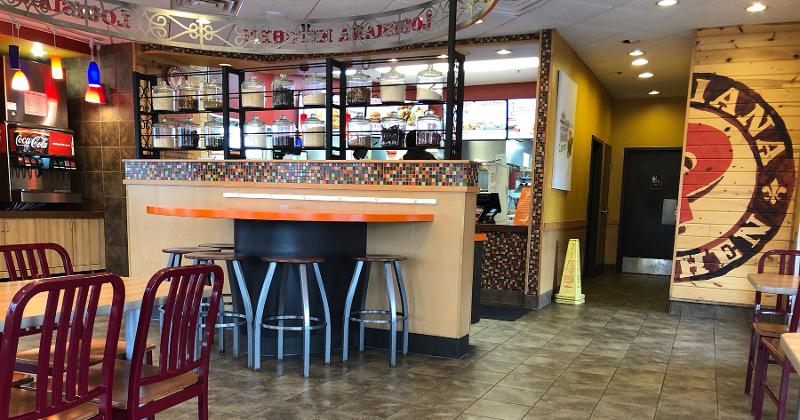 And not just for Popeyes.

According to analytics firm Placer.ai, visits to Chick-fil-A in November were actually 2.2% above the chain’s baseline traffic and were an improvement over each of the previous two Novembers.

In other words, the Atlanta-based chicken sandwich chain didn’t lose customers as people flocked to Popeyes.

And flock they did, apparently.

Traffic at Popeyes, part of Toronto-based Restaurant Brands International, was up an astonishing 110% during the month.

That number backs up comments from operators in recent weeks who have said they’ve served a huge increase in customers since the sandwich’s reintroduction on Nov. 3.

The company introduced the sandwich in late August, and it generated unreal sales over a 10-day period following a tweet from the brand. Demand was so high that it drained the company of supply and forced the brand and its operators to go back to the drawing board.

Some observers worried that the sandwich's long absence—nearly two months—would sap the product’s momentum. Instead, the opposite happened: On the day the sandwich was relaunched, traffic was up 266.6%.

Traffic steadily eased throughout the month, but even by the end of it, the Friday after Thanksgiving, customer count was still up 51.8% over baseline traffic between November 2017 and November 2019, according to Placer.ai.

That Chick-fil-A’s traffic would go up during that period emphasizes a key point: There isn’t necessarily a set number of customers for a certain popular product.

Popeyes chicken sandwich generated its own business. And the amount of media attention paid to it also provided Chick-fil-A with some publicity, helping it generate some traffic.

We’ve seen similar situations in the past, especially when McDonald’s has marketed a new product, such as its Mighty Wings chicken wings years ago. The chain’s marketing of the wings provided a boost to Wingstop and Buffalo Wild Wings, rather than hurt those brands’ business.

And, of course, McDonald’s own chicken sandwich efforts have done almost nothing to tent Chick-fil-A’s growth.

As such, rather than acting as a Chick-fil-A killer, Popeyes’ chicken sandwich appears to be giving Chick-fil-A more life. Not that it needed it.