That changed last month, when states began shutting dining rooms and concepts had to start getting creative—quickly—with strategies to bolster takeout. All of a sudden, Cousins’ curbside idea was a good one.

“In a two- to three-day period, from ideation to implementation, we launched curbside pickup,” CEO Christine Specht said in an interview. “Guests are a little more reluctant to leave their homes to get food. They order delivery. But sometimes they’re out. This way they don’t have to leave their car. They just pull up to the place.”

Specht, for one, believes it’ll stay for good, long after stay-at-home orders are lifted. “This is one more component of the fast-casual business that could potentially stay,” she said.

As the coronavirus has upended the restaurant business, perhaps no single service has taken off quite like curbside, as companies from small mom-and-pop shops to giant international chains—not to mention grocers and other retailers—take a renewed look at bringing food to customers’ cars.

For years, curbside was a niche restaurant service. More than a decade ago, it was something casual-dining chains used with moderate success to help generate takeout sales as fast-casual concepts took much of their business.

Melissa Wilson, principal with Restaurant Business sister company Technomic, said casual-dining chains sometimes generated as much as 10% of their business through curbside, only to see that service wane as their strategies turned elsewhere.

More recently, some big fast-food giants such as McDonald’s tapped into the idea of using smartphone apps. But those, too, were cast aside in favor of services such as delivery.

The shutdown has forced chains to rethink these ideas because takeout is the only way they’re getting sales, and many customers are fearful of going inside restaurants—while some restaurateurs are leery of having customers standing in lobbies.

Hundreds, perhaps thousands, of independent restaurants around the country have added makeshift curbside service, with signs outside urging customers to call in their order or notify them of their arrival for an online order pickup. 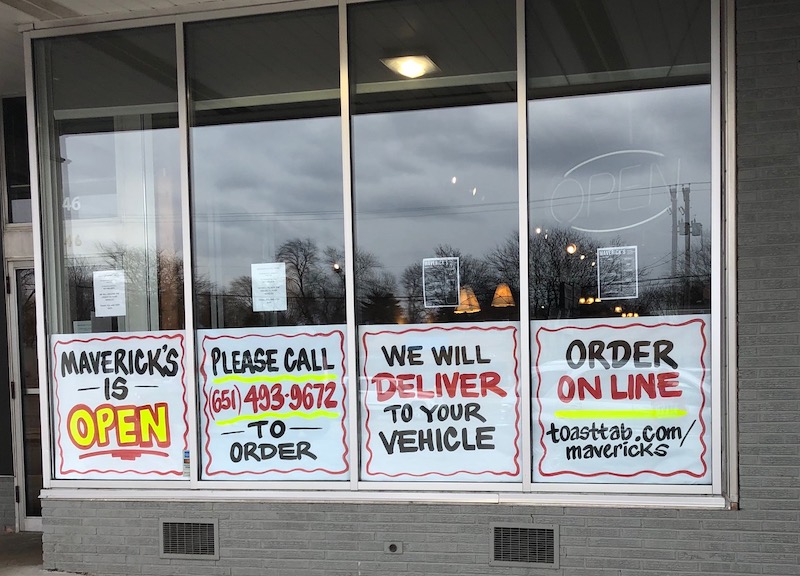 Many large chains have dusted off old curbside strategies. Others, such as Culver’s, have formed new strategies almost overnight.

“So many restaurants have added curbside pickup,” Wilson said on this week’s edition of RB’s “A Deeper Dive” podcast. “That’s a service approach that’s been around forever but hadn’t been promoted for a number of years. Now, we’re seeing this resurgence of curbside pickup. I wonder if operators across the spectrum keep it.”

“That’s going to be a permanent change,” said Nick Scarpino, senior vice president of marketing and off-premise dining for Portillo’s. “It’s working really well, really efficient, and drivers don’t have to get out of their cars.”

Many other chains have gotten in on the act. Shake Shack, for instance, said it has added curbside service at many of its locations. Noodles & Co. announced curbside at 350 stores.

Starbucks, meanwhile, has been testing curbside, among other services, at more than 300 locations around the country as it prepares to reopen next month.

The service is helping Cousins navigate the shutdown. “Curbside is working for us,” Specht said. “I communicate this to my teams. We’re grateful we have a business that can still operate, that’s open, and employees who want to work. We haven’t had to lay off anybody.”

“As long as we’re able to provide this to our customers,” she said, “I’m hopeful and optimistic we’ll be able to weather this storm.”