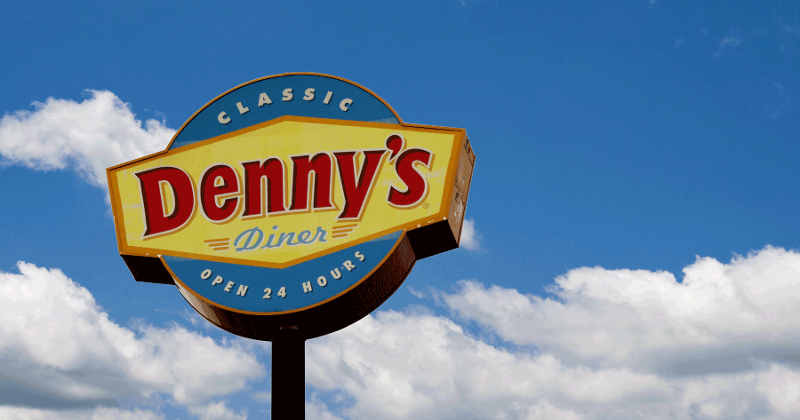 After driving domestic unit sales to within 72% of year-ago levels in September, Denny’s is betting franchisees can keep the tally climbing by leaving the lights on and the griddle ready through the night.

The family chain is deferring certain fees and rents for leased restaurants that remain open for at least 18 hours per day, and discounting royalties during the last quarter of the year for franchisees that provide service around the clock. About a third of the system was open 24 hours a day in October, and those units saw their same-store sales climb that month to within 80% of the year-ago volume, according to CFO Robert Verostek. The incentives increased the number of 24-hour stores by about 10%, he added.

“The late-night daypart represented approximately 18% of our sales prior to the pandemic,” President Mark Wolfinger explained to financial analysts during Denny’s third-quarter conference call on Tuesday. “We estimate that our overall same-store sales results in Q3 are impacted by approximately eight to 10 percentage points from restaurants closed during this daypart.” Comps for the quarter were down 33.6% for the quarter, the cumulative effect of a 39% fall in July, a 35% decrease in August and a 28% slide in September.

The breakeven point for units is roughly 70% of year-ago sales, and about 60% of the chain’s 1,519 domestic units have hit that threshold, management said.

Wolfinger revealed that 24 additional units—all but one of them franchised—closed during Q3, bringing the year-to-date tally to 55. The president said six of those shut-downs were due to leases expiring. Sales for the other 49 had fallen below $1 million and were no longer economically viable.

“The pandemic accelerated these closings that we had otherwise anticipated in the next several years,” he said. “We do expect to have additional store closures in the near-term.”

Part of Denny’s sales and profit rebuilding effort is the rollout of a new menu that’s 24% smaller than the pre-pandemic bill of fare. Many concepts have similarly narrowed their menus to in an effort to operate more efficiently and boost food quality.

But management spent far more time addressing the expected benefits of returning much of the chain to 24-hour service.

“Headwind exists with that,” acknowledged Verostek. “There’s a little bit of an investment hurdle to get over, to retrain late night crew, and to get them on board. ‘I got to train them during the day shift to cut them loose at night.’”

In addition, some areas of the country are attempting to discourage late-night socializing, particularly among young patrons, by setting curfews on restaurants of 10 or 11 p.m.

CEO John Miller said about a third of the chain is currently offering outdoor dining, with revenues from those add-ons included in Denny’s off-premise sales figure. That tally has climbed 95%, to a weekly average of $7,800.