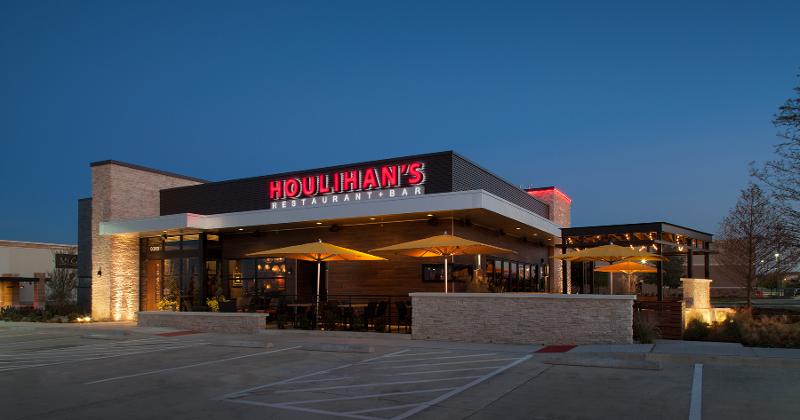 When companies file for Chapter 11 bankruptcy protection, they typically include an explanation for why they need to take such a step. Restaurant chains usually offer a dose of circumstances unique to the company along with overall trends affecting the business.

You can add another problem: third-party delivery.

That, at least, was among the factors in the bankruptcy filing of HRI Holding Corp., the parent company of Houlihan’s.

Specifically, it said this: “Various industry headwinds, senior management changes and shifts in investment philosophy eventually left the company without the funds needed to grow their businesses and absorb the costs associated with the shifting labor market, unfavorable leases, and the rapid growth in costly third-party delivery.”

Third-party delivery did not put Houlihan’s into bankruptcy. The company has had financial problems all year long and hired a restructuring adviser earlier in June. It didn’t actually enter into a third-party delivery deal, at least officially, until August.

In other words, Houlihan’s bankruptcy filing was an inevitability regardless of whether it ever even touched third-party delivery.

But the filing does suggest the service is a potential problem for a number of restaurant chains, particularly those struggling to make their way in a world where takeout is taking over. It’s contributing to what is already a difficult operating environment for chains with waitstaff.

Potential profitability challenges associated with the service are likely keeping a number of chains from adding it.

Third-party delivery is definitely expensive. Restaurant chains have to pay for improved takeout packaging, and fees from the service cut into profits. For casual-dining concepts, delivery doesn’t generally feature beverages that many of them rely on for earnings.

While companies have worked hard to improve the profitability of using the service, it’s still a major problem for many operators. And casual-dining chains on the edge like Houlihan’s struggle to even offer the service because they have other concerns.

Numerous chains have gone into bankruptcy in the past couple of years, including Bertucci’s, Kona Grill, Restaurants Unlimited, Perkins & Marie Callender’s, Real Mex, Taco Bueno and others.

Most of these chains have waitstaff. And most of their bankruptcies were the result of a combination of heavy debt loads, declining overall unit volumes and various factors that increase costs. The competitive environment has hurt some chains more than others, and the weaker ones are seeking federal protection to dispose of debts and costly leases.

As we wrote about yesterday, the lack of available buyers for many of these companies is another factor.

The Houlihan’s situation is not terribly different. The company has $42.3 million in secured debt and another $4.6 million in interest associated with that debt. In May of last year, the company acquired 17 units from a franchisee, A.C.E. Restaurant Group.

The goal of that acquisition was “to bring the units in-house and refresh certain of the locations, but the company’s liquidity constraints prevented that work from being accomplished.” The acquisition “has not yet achieved its potential.”

Houlihan’s worked aggressively to fix its problems: It closed underperforming units, cut costs, changed marketing, improved the menu, developed a new prototype and worked on attracting and retaining top management talent. Same-store sales and traffic both outperformed the industry, and yet the company still couldn’t pay off loans.

Houlihan’s hasn’t made a debt payment all year and fell behind on rent. “High occupancy costs” led to $3.5 million in annual losses. The company closed 12 locations, or 17% of the 70 locations it had before the filing.

Houlihan’s has been a major victim of the consumer shift away from dining in. In 2013, the chain had 81 locations and generated $223 million in system sales. By last year, it was down to 67 units and $181.5 million in U.S. system sales, according to data from Restaurant Business sister company Technomic. That was before the filing. It now has 55 total locations.

Delivery didn’t cause Houlihan's bankruptcy. But the company was hardly in a position to do much with it.