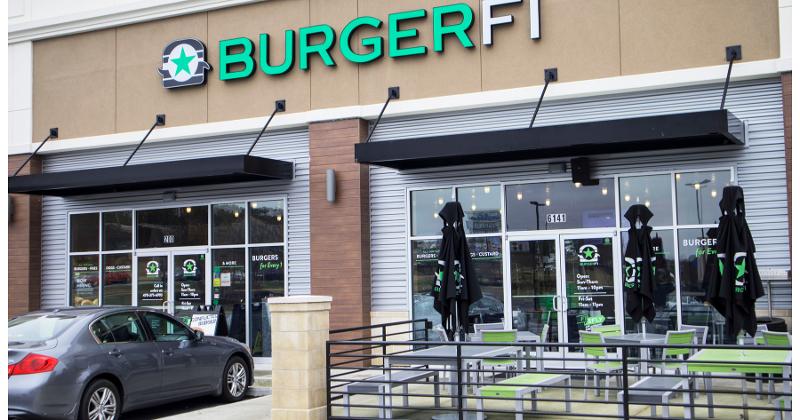 BurgerFi: Bullish on ghost kitchens
The fast-casual burger brand, which went public late last year, reported Thursday that it is using ghost kitchens to bolster its presence in geographic areas in which it already has restaurants, as well as a low-cost way to expand into new markets. Currently, about 70 percent of the chain’s ghost kitchens are in established markets, executives said, reiterating plans to open up to 20 new ghost kitchens by the end of the year.

BurgerFi also revealed it had taken a 4% price increase at the end of July to account for higher labor costs and other cost pressures. Chain executives said they have not witnessed any impact on traffic because of the price increase.

For the quarter ended June 30, Palm Beach, Fla.-based BurgerFi reported same-store sales growth of 44%, with corporate-owned restaurant sales exceeding pre-pandemic levels. Total revenue for the quarter increased 65% to $11.8 million, thanks to an increase in average check.

Currently, the chain’s restaurant-level operating margin is 11%, up from 10.1% a year ago. BurgerFi said it expects margins to improve to 14% to 16% later in the year because of the price increase and other factors.

BurgerFi has opened eight units so far this year and has nine restaurants under construction, seven stores in the permitting process and four locations with signed leases. Of those openings, 14 are expected to be company-owned restaurants and 11 are slated to be franchised stores.

Next year, the better-burger brand plans to grow into the Northeastern U.S., where it could potentially become a Shake Shack competitor.

Olo: Digital proves durable
The tech supplier said it was pleasantly surprised by the steadiness of digital ordering channels in the quarter, even as more customers returned to on-premise dining.

That durability helped make Q2 another period of growth for Olo, which went public in March. Total revenue increased 48% year over year to $35.9 million, and the company’s number of active locations stood at 74,000, a 30% year-over-year increase.

Key restaurant additions in the quarter included Potbelly Sandwich Shop and Jack in the Box. Olo also helped enable Wingstop’s launch of the virtual Thighstop brand. And it added Grubhub as a partner to its Olo Rails product, allowing restaurants to integrate Grubhub orders directly into their point of sale systems. Olo now integrates with all of the major third-party delivery companies.

Fiesta Restaurant Group, still currently the parent company of both Taco Cabana and Pollo Tropical, is looking forward to its third quarter. That’s when the Dallas-based operator expects the divestiture of its struggling taco concept to be finalized, according to a company statement Thursday to release its latest earnings.

Selling Taco Cabana to an affiliate of Yadav Enterprises, a deal announced early last month, will “allow us to create a more effective, efficient and focused organization, applying appropriate resources to accelerate the exciting growth potential we believe we have in our Pollo Tropical brand,” Fiesta President and CEO Richard Stockinger said in a statement.

Both brands reported same-store sales growth from the first quarter, compared to the same period in 2019.

Same-store sales for company units of the operator’s namesake quick-service brand, Good Times Burgers & Frozen Custard, rose 14.5% from the figure for 2019 and topped the level of the year-ago quarter by 2.9%.

Comparable sales for its full-service operation, Bad Daddy’s Burger Bar, increased 0.7% from two years ago and 64.1% from the third quarter of 2020.

The results reflect the sales advantages Good Times Burgers and other drive-thru brands enjoyed when the pandemic shifted the industry to takeout-only mode. Full-service operations were less equipped to recast themselves as solely to-go operations.

Like many operators from both sectors, Good Times Restaurants raised menu prices to cover escalating food and labor costs. Prices are currently running about 5% above the levels of 2020.