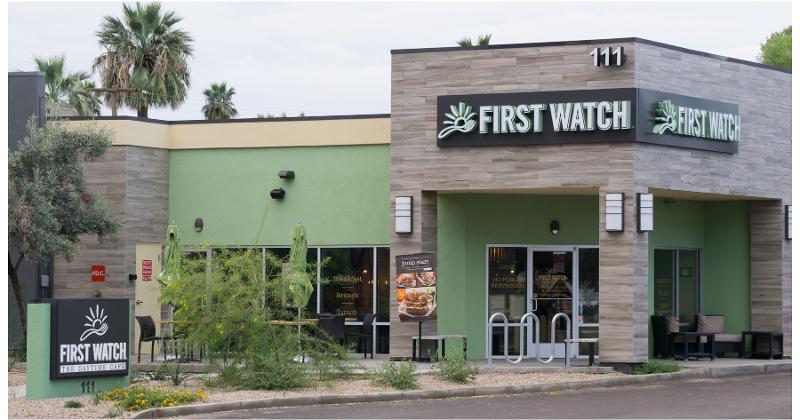 First Watch believes it is getting a benefit from consumers looking for lower-priced meals. / Photograph: Shutterstock

Inflation’s impact on consumer spending proved a good thing during the third quarter for First Watch, the leader of the emerging daytime dining segment.

Executives attributed a 12% jump in third-quarter same-store sales in part to customers foregoing costly restaurant dinners for an upscale but still less expensive breakfast, brunch or lunch in one of the chain’s 303 restaurants, which close mid-afternoon.

And then there’s the fidelity factor.

“We think diners are being less promiscuous with their dining dollars. They’re going with what they know and trust,” CEO Chris Tomasso told financial analysts. Although all-day dining is currently enjoying a boom, First Watch has been plugging away in the suddenly fast-growing sector for 35 years.

Higher menu prices helped drive same-store sales 37.2% above the pre-pandemic mark notched in the same period of 2019. But chain officials pointed out that traffic for the most recent quarter rose 3.7%, or 7% in a three-year stack.

Chain officials said they have not noticed the “menu management” reported by Olive Garden and other value-oriented chains. The new buzz phrase refers to customers visiting as usual but trying to moderate how much they spend by opting for lower-priced entrees or cutting back on the number of apps or drinks they order.

“We’re not seeing that at all,” said Tomasso.

If anything, he and others suggested, tickets may be pushed upward by First Watch’s rollout of cocktails. Alcoholic beverages are currently offered by 83% of the chain, with the stragglers expected to add adult options by early 2023 at the latest.

The officials said the concept’s limited business day continues to prove a significant advantage in recruiting personnel. First Watch stresses in its help-wanted ads that employees enjoy an opportunity rare in the business to be home every night for dinner with their families.

Indeed, “during Q3, we returned to full management staffing for the first time since before the pandemic,” Tomasso said.

The one so-so aspect in growing First Watch’s sales was its off-premise business, which was almost nonexistent until the pandemic shut down dining rooms and forced the brand to push delivery and takeout. That business was largely flat during Q3, the leadership team said.

Overall, First Watch’s revenues for Q3 rose 18.7%, to $186.9 million. But net income declined sharply, to $46,000, from the year-ago level of $800,000. Management attributed the drop in profits in part to an outlay of $1.6 million during the quarter for a secondary stock offering, and a change in its tax accounting.