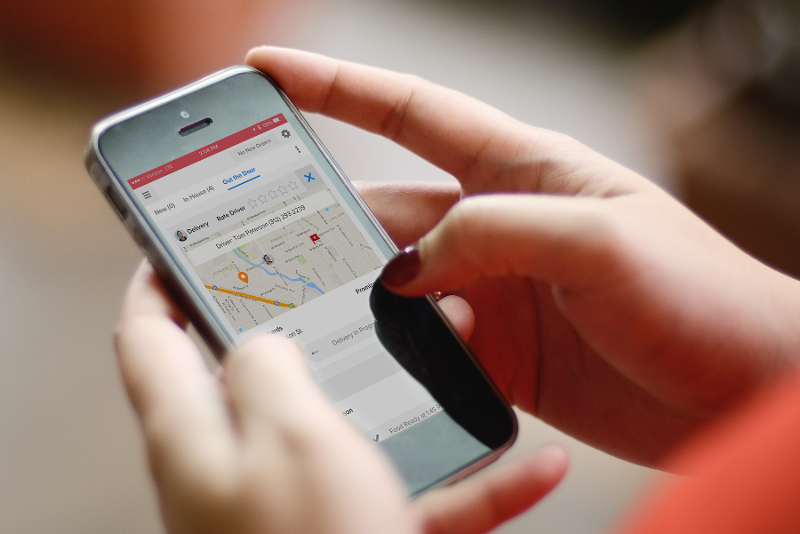 Grubhub shares declined 40% on Tuesday, and no, that is not a misprint.

The online ordering and delivery provider on Monday reported earnings that were well below investor expectations. It also lowered its guidance for annual revenues and profits. And then it painted a rather distressing state of the delivery business in an honest letter to shareholders. In short, its new order growth is slowing, and those new customers are focused on deals.

“We believe the easy wins in our industry are now a lot harder to find,” the company said.

The headline number is 10%. That was the growth rate in the number of daily active customers.

Newer customers, the company said, are not driving as many orders. And they came with lower retention rates.

“Supply innovations in online takeout have been played out and annual growth is slowing and returning to a more normal, longer-term state, which we believe will settle into the lower double digits,” Grubhub said, “except that there are multiple players all competing for the same new diners and order growth.”

It seems that these newer customers aren’t as loyal as the older ones.

Earlier delivery customers stuck with specific providers. That prompted companies like McDonald’s, Wendy’s and others to start making deals with multiple providers, so they could get at these other customers.

But newer customers apparently aren’t as loyal, understanding that the aggressive deals companies such as DoorDash and Uber Eats are offering to get customers onto their platforms are worth it.

This, Grubhub said, is a big shift. The delivery providers will no longer be able to rely on growth in demand for their services. Instead, they will have to compete by “creating the most value for diners and restaurants.”

Grubhub is the oldest of the major delivery providers. The company’s primary business is with smaller chains, independents and midsized concepts that use it as an advertising platform for online orders. Those companies are willing to pay for that service, making it profitable.

The company added delivery in 2015 “as a means to an end.” It viewed the service as valuable but, it said, “We didn’t then, and still don’t believe now, that a company can generate significant profits on just the logistics component of the business.”

So why do it? Delivery increases the number of restaurants on its platform, the company said.

That includes larger chains, which get more favorable deals because they get more customers to the company’s platform. Grubhub makes its money from the smaller concepts that pay for the right to use the platform as a marketing strategy.

One of the delivery industry’s challenges, however, is that profitability. If the logistics aren't profitable, ultimately that could force more charges onto consumers. But, as Grubhub noted, “High fees and total overall costs to diners will be an impediment to growth in this industry.”

“The average diner in the United States will not consistently pay over $25 in total cost for a quick-service restaurant cheeseburger meal.”

Grubhub sent its letter, explaining its own plans to invest in its business, seeing the future as one in which it and other companies focus on helping restaurant companies build their online ordering capabilities. The company plans on adding more restaurants with which it doesn’t have deals to its platform—meaning Grubhub users will get access to chains like Chipotle.

It also plans on developing its own loyalty program.

Still, it’s difficult to look at the Grubhub letter and not conclude in some fashion that a major shakeout in the delivery business is needed going forward.

Delivery companies can’t make profits off of the service and have been swallowing losses so far to get customers onto their platforms. But customers have limits as to how much they’ll pay, putting growth into question.

We’ve long thought a merger was inevitable among the largest providers. If user growth is slowing, that date is coming sooner rather than later.