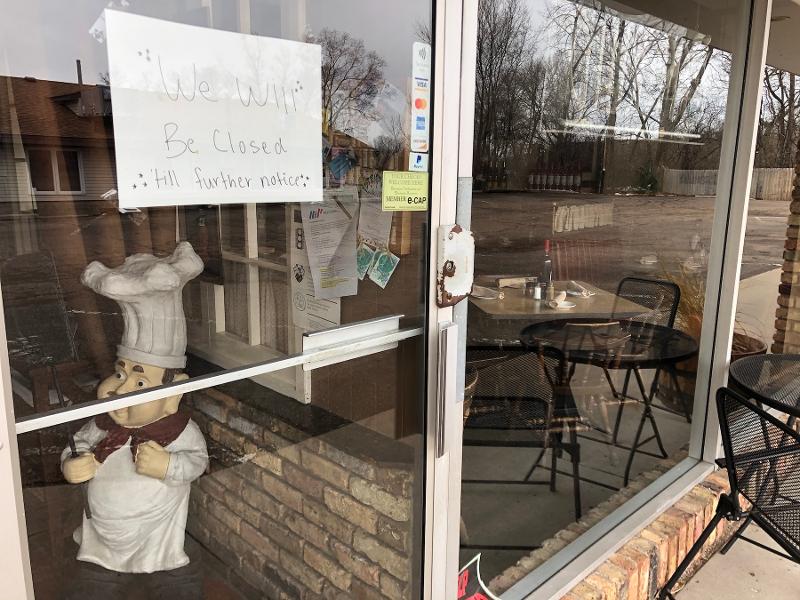 According to federal retail sales data released this week, sales at food services and drinking places declined 23% in March and 26.5% from their February level as states began closing dining rooms and operators shut their doors.

The industry hasn’t had sales this low in more than five years.

Much like federal unemployment data did earlier this month, the numbers are probably underplaying just how bad it was.

Most of that sales decline came in the last two weeks, after states began enforcing stay-at-home orders requiring restaurants to eliminate dine-in service.

Those first two weeks of the coronavirus shutdown were spent with much of the country huddling indoors and eating the food they purchased emptying the nation’s grocers.

In contrast, for instance, grocery sales last month were up more than 29%.

The numbers suggest that the industry likely lost half of its sales in the latter half of the month as operators shut their doors and furloughed workers. Millions of restaurant workers likely lost their jobs.

The decline is beyond rare. While big storms and weather events might derail restaurant sales in certain regions, in general they perpetually increase on a national basis. 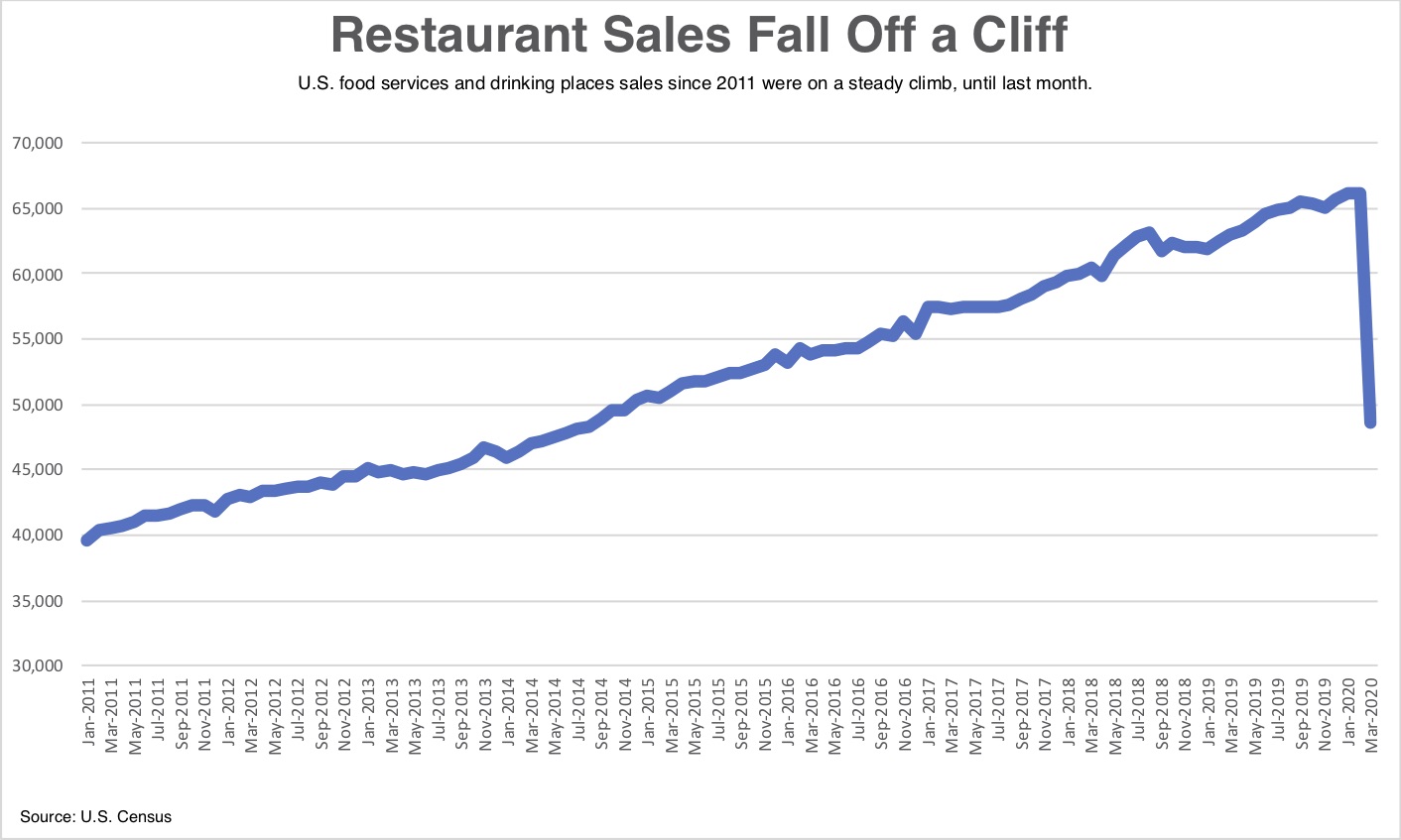 Restaurant Business sister company Technomic this week said it believes industry sales this year will decline between 14% and 24%, depending on the severity of the downturn and the deepness of the recession. By contrast, the worst year on record was 2009, when sales fell 1.2%.

The good news, generally, is that sales have hit bottom and have started to rebound in those locations that are currently open. Indeed, plenty of evidence suggests the stimulus is getting consumers to go for takeout more often, as several operators say they’ve seen a spike in sales in recent days.

Still, as we knew from operators closing doors or losing most of their business, it’s clear the shutdown is having a massive impact on restaurant sales.