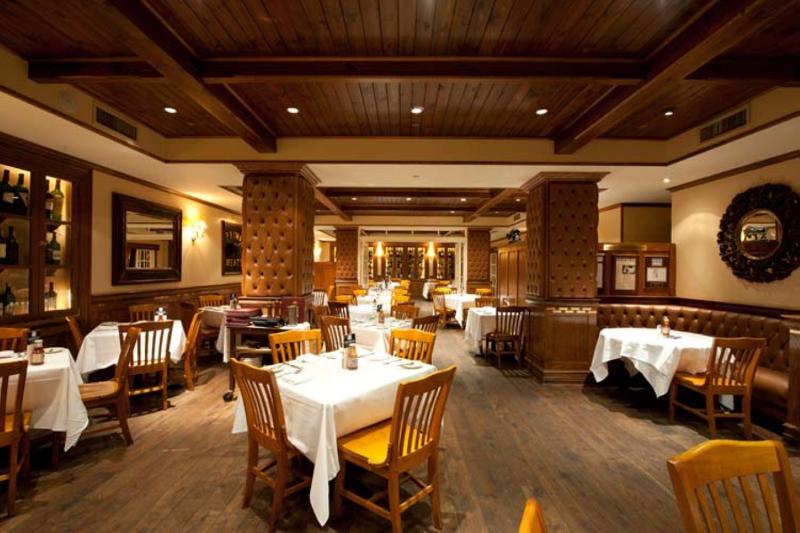 Joseph Smith has been in the restaurant industry for decades. But, right now, he is certain he remains in business solely by the grace of the good relationships he has with his landlords.

Smith, who owns five Bobby Van’s Steakhouses in New York City and two in Washington, D.C., has negotiated various different deals with the owners of his restaurant buildings to help him survive the pandemic.

“I’m extremely fortunate with all the landlords that I just happen to be in bed with, they are so understanding,” Smith said. “They are extremely understanding. I am so fortunate. I know a lot of people don’t have that luck. It’s luck of the draw. Across the street, friends of mine are out, out on the street.”

As 2020 ended, independent restaurants once again struggled to pay their rent as the resurgent pandemic led to a new swath of closures of dining rooms in various states across the country. According to the New York Hospitality Alliance, 92% of its members could not afford to pay December rent.

That stands in stark contrast to reports from national chain restaurants, which have not had the same problem.

According to Datex Property Solutions, landlords collected 90% of rent in the fourth quarter last year from full-service chain restaurants and 93% from fast-food restaurants.

That data highlight what has been increasingly evident through the bulk of the pandemic: Chain restaurants by and large have been able to recover from the pandemic and its shutdowns more easily than independents.

“When it comes to the larger chains and the smaller mom and pops, it really is apples and oranges,” Smith said. “The larger chains have restaurants in more successful regions that haven’t been so affected by COVID and they can dip into supplemental resources. We don’t have any sort of supplement, any sort of relief.”

The pandemic will change restaurant real estate for a long time, even after much of the country is vaccinated, said Michael Weinstein, CEO of Ark Restaurants.

Ark is a publicly traded company, but it’s essentially an independent operator, running 18 restaurants and bars, as well as 17 fast-food concepts and catering companies around the country.

With retail struggling and historic department store chains filing for bankruptcy, developers will have a renewed focus on restaurants to anchor new mixed-use developments. Chain restaurants will continue to be a draw, but Weinstein said he expects to see interest in independent concepts, particularly those headed by big-name chefs.

“You look at Hudson Yards in New York, they couldn’t give Nieman Marcus enough money to make them stay,” he said. “You have this vacuum that really has been filled in recent years by restaurants. What are landlords going to do for restaurants? … The people that developers will be attracted to are famous chefs. And they’ll build restaurants out for them to create that cornerstone.”

Like Smith, Weinstein said Ark has historically been a good tenant, typically paying rent two days before it’s due each month.

“Some landlords have understood that, even though we have done well with these locations in the past, these are dire circumstances,” he said. “Some people don’t understand you need help to survive. We’re all in this together … We’ve done everything we could and we still can’t make this work without your help. And some just blatantly say ‘no’ and it’s disgraceful.”

Weinstein used to always say, at least for New York City, that if a restaurant went out of business, it never became, say, a furniture store. It always became another restaurant.

“But, this time around, they better be looking for furniture stores or something else,” he said. “The economics of being in this business in New York are torturous.”

Four of Smith’s steakhouses are in Manhattan, which has been especially hard hit by the pandemic and its absence of office workers, happy hours and business lunches. He also owns a restaurant in the museum district in Philadelphia, which was impacted by the large number of social justice marches last summer.

“In normal times, it’s amazing real estate,” he said. “We’ve been following Murphy’s Law for the past year.”

The key to negotiating deals with landlords right now, he said, is having close relationships with them, based on transparent communication. It doesn’t hurt, he said, that prior to the pandemic, he always paid his rent on time.

The story is different for chain restaurants, which have on balance seen a quick recovery from the depths of the pandemic, and which have had more resources to ensure survival even when their sales plunged. Many chains now see the market more for expansion opportunities.

As the pandemic hit in late March, restaurants quickly fell behind on their rent payments. Landlords received just about 70% of fast-food rent payments in the second quarter and less than half of what was due from full-service chains.

As states reopened dining rooms and business returned, so did rent payments in the restaurant industry. By contrast, landlords received just 33% of rent payments from movie theaters in the fourth quarter, according to Datex.

“In the second quarter everyone got hammered,” said Barry Wolfe, senior managing director of investments at Marcus & Millichap. “There was a period of 45 days where fast food got clobbered. But they recovered pretty quickly.”

While the rent payment data is not necessarily indicative of profitability, it does follow chain restaurant performance. As restaurants were allowed to reopen dining rooms and consumers adjusted to the pandemic while spending stimulus cash, sales improved throughout the year.

That sales recovery, and the rent payment metrics, has surprised observers who expected a lot more closures once the pandemic hit. “I thought we’d see mass vacancies in the restaurant sector,” Wolfe said. “I don’t see that now.”

Plenty of restaurant companies and industry investors have been putting some hopes on available real estate. But that availability is dependent upon what sector is expanding. Restaurant companies looking for drive-thrus, for instance, can expect a lot of competition. That led Chipotle Mexican Grill last year to start contacting operators of good sites with offers to buy out leases.

Mid-sized chains, such as Del Taco, have reconfigured their prototypes with an eye for flexibility—in part to improve the chances that it can find a site on which to put a drive-thru restaurant.

That picture is different, however, for lower-end sites where previous restaurants might have struggled, or for casual dining sites, particularly in rural areas. Several executives have said they’re seeing more opportunities in the real estate markets.

“We’ve always seen a great opportunity in Class B sites, which are Class A for us,” Wingstop CEO Charlie Morrison said on his company’s fourth-quarter earnings call, according to a transcript on the financial services site Sentieo. “I don’t know that we’re seeing substantially different rates overall, but we certainly have not seen them increase as we would have otherwise seen if we didn’t have the pandemic in front of us or behind us.”

“We’re doing extremely well in some of these smaller markets,” Kent Taylor, CEO of Texas Roadhouse, said on Thursday, according to Sentieo. “There are some businesses that have gone out of business that have given us some additional locations.”

But even companies that do see some available real estate aren’t necessarily seeing lower rents. “There’s some more availability out there,” Darden Restaurants CEO Gene Lee said in December. “However, we’re not seeing any weakness in rent deals.”

Wolfe, for his part, believes the worst is over and expects a recovery as states reopen dining rooms and more people are vaccinated. “We’ve seen the numbers—100,000-plus restaurants closed,” he said. “It’s been an impactful and painful year. But I do think the worst is behind us.”