Despite operators’ best intentions, the cost of local sourcing can be difficult to swallow. Rather than padding prices, restaurateurs are taking other money-saving steps to have their local veggies and eat them, too. 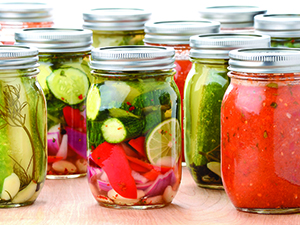 It starts, of course, with buying in-season. Whether running a special or adopting seasonal dishes, building flexibility into your menu planning can make room in the budget for locally sourced ingredients—and possibly even save money, operators say. Already, buying from a local farmer saves on transportation costs and handling fees; couple that with a product that’s in high supply, and it offsets some of the inherent costs. “If you buy local ingredients at the peak of their season, they’re a steal,” says Jared Van Camp, executive chef and partner of Element Collective, a multiconcept operation in Chicago. “But you have to be agile and willing to adapt.”

One tactic is buying ingredients at their harvest time and using culinary techniques to preserve them. “You can make up costs if you know how to use products,” says Van Camp. Right now, his staff is pickling all the ramps he can find from local farmers. “We’ll have enough to last until next season,” he says. Element Collective also stocks up on Illinois-grown tomatoes over the summer and freezes them for use in pizza sauce all year.

Bob Cook, chef de cuisine at Cypress in Charleston, S.C., is able to turn a profit well past the purchase date of locally sourced meats. Cook has found that a whole pig, costing around $280, produces about 30 pork chops. At a 35 percent markup, Cypress makes its money back. Cook also cures the neck, ham and other parts, which he sells on his charcuterie menu six months to a year later.

Still, Cook has found that it pays to sometimes say no to local. “We use three or four cases of carrots a week for all of the mirepoix for stocks and sauces. It wouldn’t be cost effective to get those from a local farmer,” he says.

Instead of waiting to see what farmers grow, Adam Eskin, CEO of the 7-unit Dig Inn Seasonal Market chain in New York City, is partnering with them. He’s investing in seeds and other up-front costs, and committing to purchase a certain number of pounds each week. In turn, the farmer charges lower food costs; Eskin estimates that operations could realize a savings of up to 50 percent of what the market price might be, depending on the deal. He’s already partnered with a local kale farmer and is working on similar arrangements for beets, Brussels sprouts and sweet potatoes. But Eskin cautions those looking for overnight financial results. “One of the most important tips is to be able to invest over a long period of time … to have a long-term vision. [You need to] get folks on board for three to five years. With a one-year myopic perspective, you’ll end up spending more money, not saving,” he says.